Home Urban Development 3 Things Every Walker in L.A. Should Know About Crosswalks 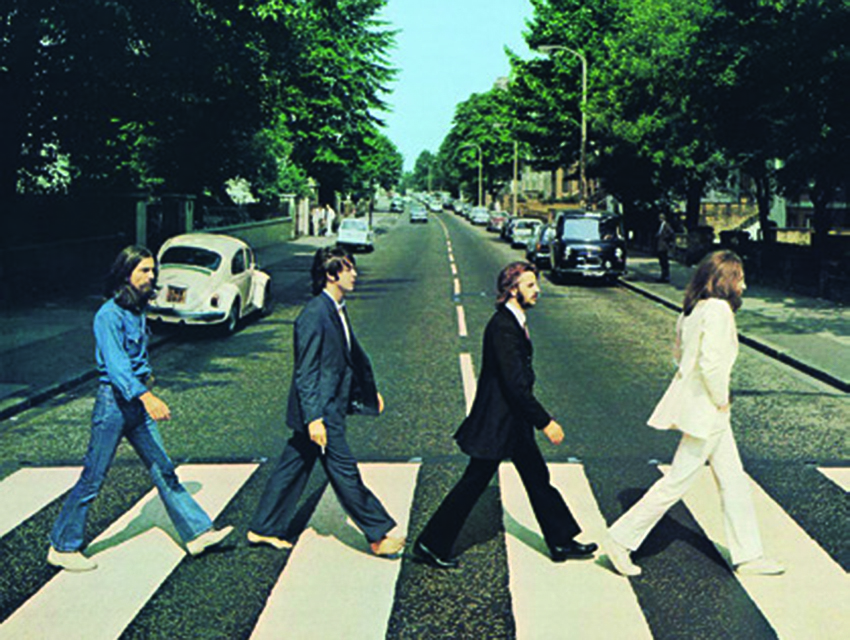 1. To increase visibility and reduce pedestrian deaths, L.A. has adopted the piano-key “continental” crosswalk as its standard. It’s slowly replacing the kind with geometric patterns and faux bricks, which, along with being less safe, would have looked horrible on the Abbey Road cover.

2. Those crosswalks that cut diagonally across intersections? They’re known in the biz as “scramble” crosswalks. The city installed some in Venice, the Fashion District downtown, and Woodland Hills several years ago. In November Hollywood and Highland got a scramble, too, offering new angles to flee the mangy Wookiees and Elmos there.

3. L.A. is also shortening some crosswalks by extending the curb. Exhibit A: At Cesar Chavez and St. Louis in Boyle Heights, bollards (stubby posts that keep cars at bay) are being used until the sidewalk is widened. Of course more crosswalks wouldn’t be so bad, either.