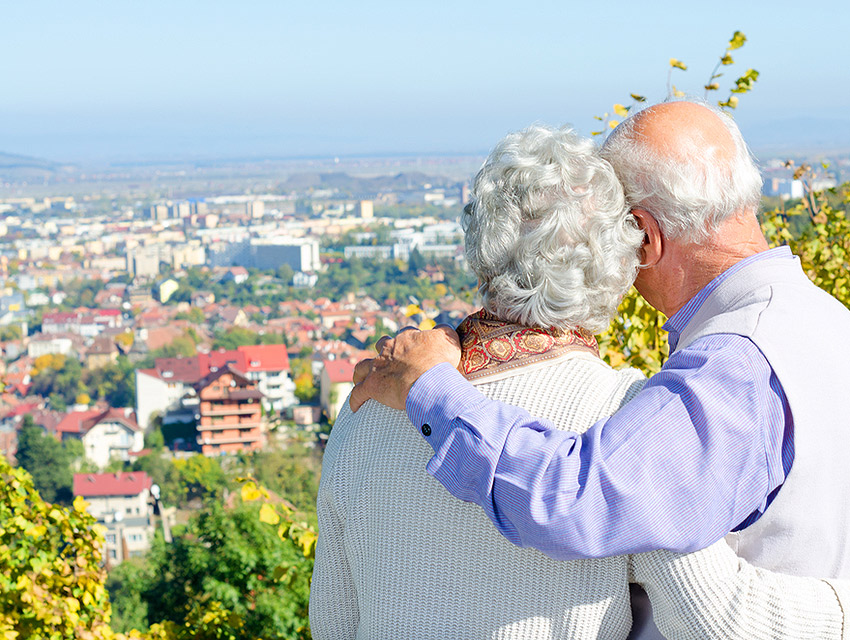 It’s a provocative question: Do we want senior citizens living in our communities?

At a CityLab panel Monday afternoon hosted by Ronald Brownstein, editorial director of Atlantic Media, four thought leaders—Xavier Trias, mayor of Barcelona; Fernando Torres-Gil, director of the Center for Policy Research on Aging at UCLA; M. Scott Ball, principal at Commons Planning; and Jennie Smith-Peers, executive director of Elders Share the Arts—discussed the idea of “aging in place,” a relatively new term that indicates an older generation’s desire to stay put rather than moving to retirement communities. According to the panel, there are currently 40 million seniors in the U.S. That number is set to double by 2040. How can more cities make aging in place more realistic? Here are three things we learned:

It takes a “Village”
Yesterday’s panel members agreed that the greatest fear of growing old is isolation. The Village Movement is the idea that residents of a community—folks who are typically 50 and older—would form an organization that promotes aging in place. Services might include home modifications, meal delivery, shared transportation, lessons in technology, and activity programming. Smith-Peers was quick to point out a need for more robust extra-curricular options, particularly when it comes to the arts. She explained that seniors want to visit museums or take dance classes but they don’t always have the means by which to do so. Cities that adopt or promote Village Movements will no doubt see fewer seniors lost to assisted living facilities.

Young Adults Need to Remember: Seniors Are Assets to a Community
Both Ball and Torres-Gil pointed out that a neighborhood lacking in senior citizens will be lacking in certain perks, as well—safety being one of them. A community with a booming senior population often has a lower crime rate thanks to “the proverbial little old lady looking out of her window,” as Ball put it. Seniors who stay put also tend to invest in their respective communities, which can make neighborhoods more desirable.

Government Support is Key
With lifespans increasing and seniors retiring later and later, it’s possible for older adults to be economic assets to their cities if they have access to the appropriate resources. Mayor Eric Garcetti himself is a proponent for aging in place; earlier this year he signed the Milken Institute’s Best Cities for Successful Aging Mayor’s Pledge, which asks mayors to “promote the engagement of older residents in volunteer and paid roles that serve the needs of our city and its residents” (among other things). The better we equip our seniors, the more they can serve their communities.