Home L.A. History Congrats. You Just Lived Through One of the Most Stressful Years in... 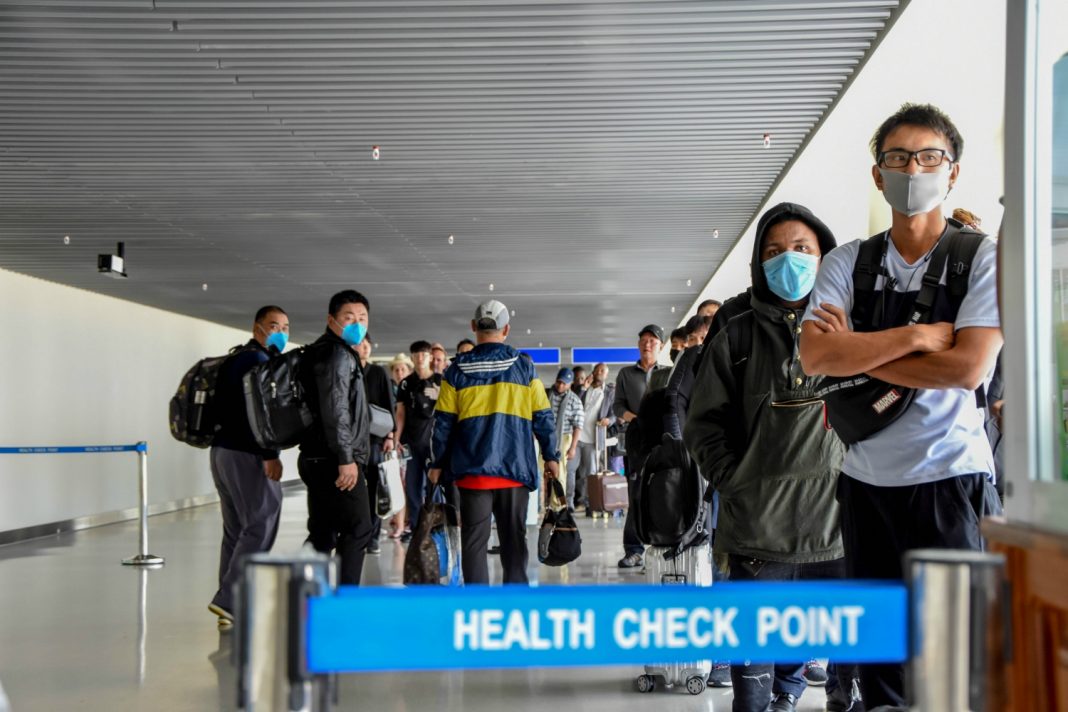 According to 28 American and British historians surveyed by virtual therapy company Bloom, 2020 was one of the most stressful years in history. The historians ranked this year among the top ten most stressful both in U.S. and world history, just below years marred by tragedies such as the American Civil War, the Black Death, the Holocaust, and the sack of Rome.

“2020 has been the perfect storm of stress,” Dr. Seth Gillihan, clinical psychologist and Head of Therapy for Bloom, said in a press release. “It’s brought disease, deaths, lockdowns, job losses and financial stress, plus culture wars and bitter political divisions. The only small consolation might be that we now have better tools than we used to for dealing with it.”

The participating historians were from U.S. universities such as Stanford, Cornell, and John Hopkins; UK universities including Cambridge, Oxford, and Nottingham; as well as independent historical authors.

They agreed that 1384—the peak of the Black Death—was the most stressful year in world history; and 1862—a grim year of the Civil War—ranked worst in U.S. history. The historians were also asked to select the one year “likely to have been the toughest, most difficult and stressful individual year for those who lived through it,” and two of the historians selected 2020.

Below are the lists, ranked in order of which years were chosen by the most historians.

Most Stressful Years in U.S. History

1862 – In what’s been called the darkest year of the American Civil War, 1862 culminated in the Battle of Antietam—the bloodiest single day in US military history—where more than 23,000 men were killed, wounded, or missing in action.

1929 – On Oct. 29, 1929, the Dow Jones Industrial Average plummeted 24.8 percent, marking the start of the Great Depression that stretched through much of the 1930s. In Los Angeles, the stock market crash of 1929 led to a spike in unemployment, bank failures, industrial plant closures, and a decline in farm income by 50 percent compared to the late 1920s.

1838 – Andrew Jackson’s Indian removal policy forced members of the Cherokee nation to surrender their lands east of the Mississippi and embark on a forced westward march now known as the “Trail of Tears.” Over 4,000 of the 15,000 Cherokee migrants died.

1919 – The U.S. was still reeling from the trauma of World War I when the Spanish Flu outbreak killed 675,000 Americans. In L.A., the virus killed 494 out of every 100,000 residents, triggered a rush on drugs stores, and the closure of much of the city. The year 1919, which has been compared to 2020, also saw nationwide race riots, labor strikes, and the ratification of Prohibition.

1968 – Widely considered one of America’s most tumultuous years, 1968 was marked by the Tet Offensive in Vietnam, bloody clashes between police and demonstrators, the East L.A. walkouts, and the assassinations of Dr. Martin Luther King at Memphis’ Lorraine Motel and Robert Kennedy at L.A.’s Ambassador Hotel.

1962 – The Cuban Missile Crisis was the “hottest” moment of the Cold War, and perhaps the closest the world has come to nuclear holocaust. In L.A., at the height of the crisis, the Los Angeles Herald-Examiner reported that “hundreds of worried citizens were calling police today asking the location of public fall-out shelters, fearful of a Russian nuclear attack.” Police the next day provided a list of 300 shelters where Angelenos could try to hide from a nuclear blast.

2001 – The 9/11 terrorist attacks shook the U.S. to its core, led to a reorganization of homeland security, and America’s first two wars of the 21st century. In L.A., where three of the four hijacked planes were supposed to be headed, the city declared a state of alert, downtown high-rises were evacuated, and the city’s Red Cross Center was inundated with blood donors.

2020 – America recorded more COVID-19 deaths than any country, as unemployment skyrocketed, political and social divides widened, and the bitter Presidential election fanned the turmoil. L.A. saw the nation’s largest number of small business closures due to COVID-19 and a winter surge in cases, which may force health care workers to ration care.

Most Stressful Years in World History

1348 – The Black Death, which reached England in June 1348, killed a third of the population of Europe—up to 200 million people. Considered the worst pandemic in history, the bubonic plague spread through air, rats, and fleas. It was never completely cured—California reported a case in 2020—but eventually eased through improved sanitation, hygiene, and medical advancements.

1944 – During the Holocaust, which peaked in 1944, Nazi Germany and its collaborators murdered some six million Jews, approximately two-thirds of Europe’s Jewish population. 1944 also marked a tense and critical turning point in World War II as the Allies stormed the beaches of Normandy, leading to the end of Hitler’s Third Reich.

1816 – In “The Year Without a Summer,” a huge volcanic eruption in Indonesia blotted out the sun, causing catastrophic crop failures in Europe, China, and North America. The eruption led to famine, food riots, arson, looting, and deadly diseases such as typhus and cholera.

1644 – One of history’s longest and most brutal wars, the Thirty Years War peaked in 1644 and ultimately claimed more than 8 million casualties from military battles as well as famine and disease caused by the conflict. The year also saw the collapse of the Ming Dynasty in China when a peasant rebellion led to the Manchurians flooding through the gates of the Great Wall.

410 – On August 24, 410 AD, chroniclers proclaimed the end of the world when Rome was sacked by Visigoth “barbarians,” whose three day spree of looting and destruction left the Eternal City a smoldering ruin. “Rome, once the capital of the world, is now the grave of the Roman people,” wrote Saint Jerome.

2020 – To date, there have been over 81 million cases of COVID-19, and 1.7 million deaths The deadly pandemic has also forced business closures, shut down schools, exacerbated global food insecurity, and accelerated economic downturn across the globe.

RELATED: 10 Things that Made 2020 a Little Less Terrible