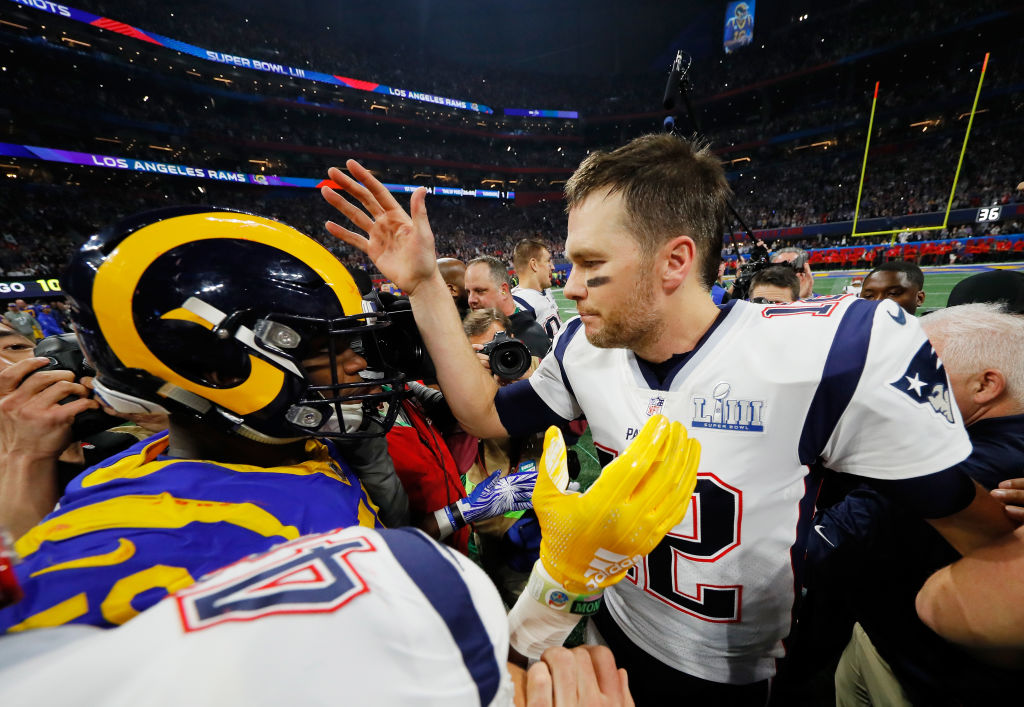 The New England Patriots are the 2019 Super Bowl champions, beating the Los Angeles Rams in the lowest-scoring Super Bowl on record.

For the first half, defense was the name of the game, with neither team getting many points on the board. The Patriots kicked a field goal in the second quarter to get their first three points. After half-time, the Rams had a burst of strong energy, kicking a field goal of their own to tie to the game. And that’s how it would remain until 53 minutes into this, the 53rd Super Bowl, when the night’s first touchdown was scored by the Patriots, and the Rams never fully recovered.

Rams quarterback Jared Goff had a pretty rough night. One crucial throw from him was intercepted late in the game, but it wasn’t the only thing about the player’s performance that failed to impress critics.

And then there was the half-time show with Maroon 5, which Deadline called “painful” and the nicest thing USA Today could find to say was that it “avoids being the worst ever.” Nobody will remember much about it, except perhaps for Maroon 5 lead singer Adam Levine performing his last number fully topless, reminding many of the unfair treatment of Janet Jackson after her accidental nipple-baring 15 years ago.

anyone, tomorrow: hey! how was y–

me: Beyoncé used her halftime show to reunite Destiny's Child, Katy Perry gave us Left Shark and Lady Gaga jumped off a fucking roof and all Adam Levine gave us was a milquetoast striptease with suddenly LEGAL nipples!!!!!!!#SuperBowl

But it’s not all bad news. After all, by not winning, the Rams spared us days of drama about how they would handle an invite to the White House, were one even to be extended to them. We’re sure Tom Brady, whom Donald Trump has been eager to call a friend, will enjoy those famous Presidential Big Macs.

Back in the Super Bowl, Tom Brady and the Patriots can't escape Donald Trump. https://t.co/eS3OE7oDhK pic.twitter.com/Ofq6ZLTEIu

Excited for the game! Fun fact, both the Patriots owner (who’s a Republican) and the Rams owner (who’s a Democrat) donated $1 million each to Donald Trump’s inaugural celebration! lololol

Oh, and apparently we have Buffalo Wild Wings to thank not only for the snacks you probably ate, but for kick-starting the career of Rams kicker Greg Zuerlein.

All of LA's points in this game have been scored by former B-Dubs employees:
https://t.co/ln4Iw0zkXQ

In the end, there’s always next year. And there’s still basketball and hockey season left. And then just a few months until the Dodgers see if they can make it to a third straight World Series.

The Rams showing their support of the Dodgers by not scoring when it matters. LA sticks together.