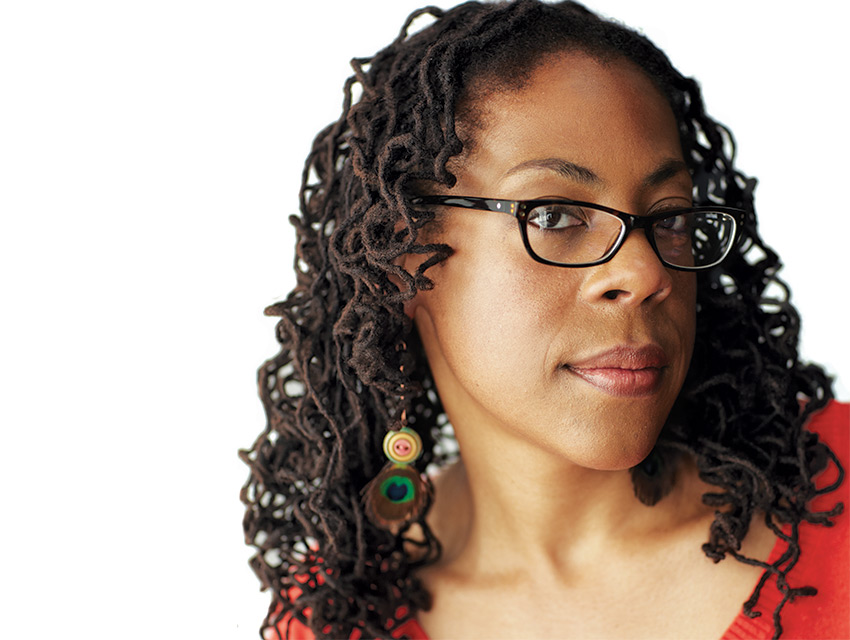 In 1985, when I was 21, I got a job working as an LAPD operator. That Wednesday my shift started at 9 a.m. I heard the Rodney King verdict and remember getting in the car and crying. It was not only the verdict but the killing of Latasha Harlins beforehand that had set the stage. They wanted me back at work at 6 the next morning. I had no clue whether it was over or not that morning. Typically I got at least 100 calls a shift, but I don’t think the light ever went out that day—a few hundred calls just to me, 6 a.m. to 6 p.m. Calls were, “My house is on fire.” “I’ve heard someone is going to blow up this building.” “This group is on the way down from the north to start a revolution.” I’d grown up in Leimert Park in the 1970s. I used to ride my bike everywhere. There were Irish households, Japanese families, a Chinese-owned grocery shop called the Blue Star. Everybody got along until cheap cocaine arrived in the ’80s. When I called my dad, he said, “They burned the Blue Star down.” The black-owned barbershop next door was gone. All the buildings I remember growing up with—gone.

More Than a Dozen People Were Killed During a Deadly July 4 Weekend in L.A.