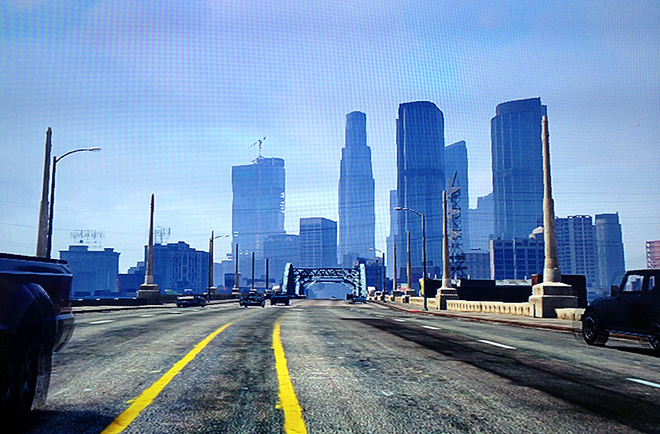 If you play video games, you have played Grand Theft Auto V, and you know that it is one of the best—if not the best—game of 2013. It’s funny and it’s action packed and it’s basically an endless run through a fictionalized version of Los Angeles. How great is that? Yes it’s overly violent and very misogynistic, but the game is a lot of fun despite its intellectual flaws.

Which is why we’ve probably all played GTA V so much. Admit it, you’ve spent an entire day or weekend or maybe even almost-a-week’s worth of free time sitting in front of your television, going on crazy bank robbing missions and stealing various vehicles as Michael, Franklin, or Trevor.

The game’s addictiveness raises a question for gamers that live in L.A.: How much GTA V is too much GTA V? We’d argue it’s when you reach a point that your view of Los Angeles has changed, when it’s turning into Los Santos. How can you be sure? These real life experiences might be clues:

Convinced now that you need a break from Grand Theft Auto or simply want to play it in a different way? If quitting cold turkey and re-immersing yourself in real L.A. culture sounds too ambitious, then here, play it this way.

The 10 Friendliest Places in L.A.