Home Crime A Dramatic Standoff Shut Down the 101 Freeway for 10 Hours and... 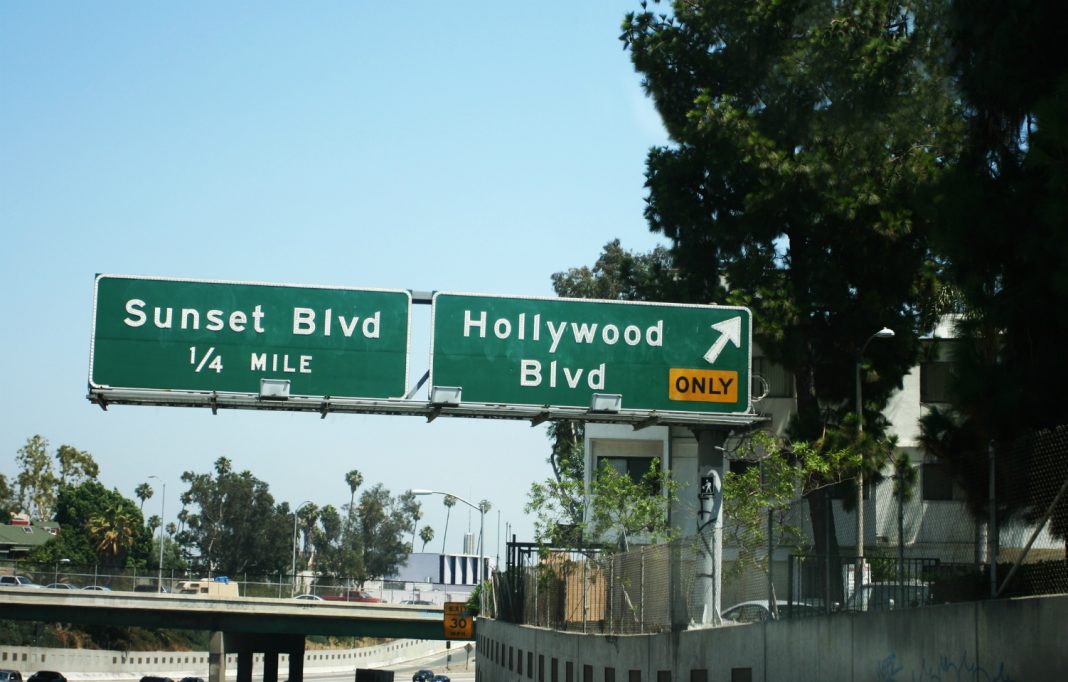 A man threatening to jump from a narrow ledge spanning the 101 in Hollywood held authorities at bay for 10 hours and 38 minutes on Tuesday morning, causing a complete shut-down of freeway traffic during the morning rush hour. The California Highway Patrol closed the 101 between Hollywood and Sunset, said an agency spokesman. It was fully reopened at around 11 a.m.

‪News helicopters hovered over the scene, local traffic stood at a standstill, and emergency first responders prevented traffic from crossing the overpass as the man, who police say was in his mid-twenties, clung to the fence behind him looking out over a steep drop-off below.

AVOID THE 101 north AND south in Hollywood. Police activity has it shut down, between Hollywood and Sunset exits – major #traffic jam from Studio City and East LA, side streets impacted as well. Ouch. #sigalert #todayinLA @nbcla pic.twitter.com/xu7s9St5bE

‪At 9:45 a.m., the man, whose name was not released, climbed through a hole that firefighters had sawed in the chain-link fence and surrendered without incident to Los Angeles police, said Captain Scott Williams, commander of the LAPD Hollywood station.

‪By then, traffic was backed up past the East L.A. interchange to the south, and the 170 in the San Fernando Valley. Local traffic on Hollywood was at a near standstill.

‪‪The man, who police officials say showed signs of mental illness and being under the influence of drugs, was loaded onto a gurney and taken to a nearby hospital. He will be charged with trespassing and a violation of the terms of his parole. Capt. Williams said he had a prior arrest in the area.

‪The man scaled the fence at approximately 11 p.m. last night, according to a police official at the scene. By 12:30 a.m., emergency officials had shut down traffic on the northbound lanes of the freeway, later extending the closure to all lanes, Capt. Williams said.

‪Initially, the man told negotiators with a crisis response team that he intended to kill himself, and that he was gathering the courage to jump.

‪Dressed in a black T-shirt and shorts and white socks, the man was on an embankment too steep for rescue officials use an airbag that is typically deployed in jumper situation to prevent injury. Instead, they chose to wait him out, maneuvering a fire truck into the northbound lane and extending a ladder through a hole they had cut in the fence, blocking the man from getting to an area directly over the freeway.

‪Williams acknowledged the situation had created a “traffic nightmare” but said the police had acted out of an “abundance of caution.”

“It’s crazy someone can hold an entire city hostage for hours,” he said, adding, “Obviously, our number-one priority was the preserving of human life.”

‪As the hours wore on, the man began to complain of hunger and thirst, and negotiators, as a ruse to bring him down, brought him a cheeseburger from a nearby Original Tommy’s.

The fire truck that blocked him from edging over the freeway had to leave for the Getty fire, which is when emergency officials went into action. They sawed a second hole closer to the man and he surrendered.

‪Andres Vazquez, 24, who stays in a makeshift camp beside the freeway off-ramp, says he had seen the man and noticed him behaving erratically in recent days. He believes the man had not eaten for some time and that he was using drugs. “No brain, no food, eventually, you go stupid,” Vazquez said.