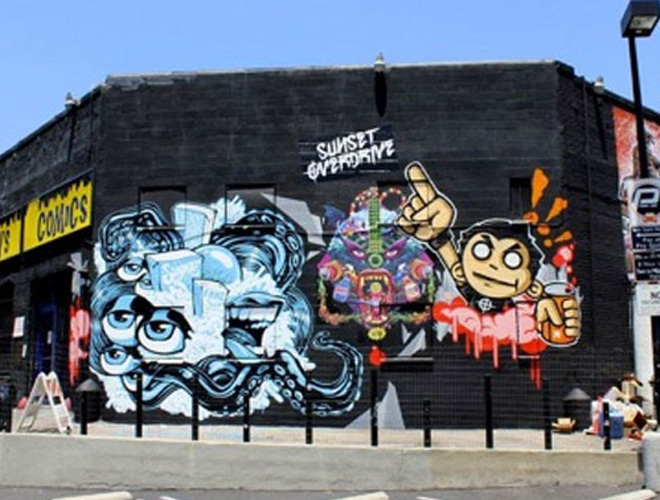 New street art has bloomed on the side of Meltdown Comics. On an exterior wall, a boy drinks orange soda, a robot looming in the background, while an icy, tentacled monster watches over Sunset Boulevard with his many eyes. Above, scrawled in white, are the words “SUNSET OVERDRIVE.”

It could be a street artist’s calling card, but those who kept up with news from the E3 Convention last week know that “Sunset Overdrive” is actually a video game made exclusively for the Xbox One. SA Studios teamed up with Insomniac Games and Xbox to create the mural, which was painted in under a night.

Now that we know the mural is an advertisement disguised as street art, we decided it was time to rethink the sales potential of some other local public works: