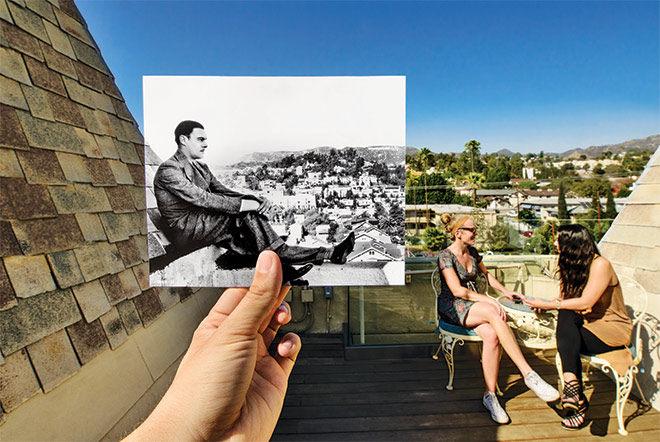 Recent L.A. arrival Colin Clive sits on the roof of the newly built La Belle Tour in 1930 (inset). The French Normandy-style apartment complex quickly became a waystation for aspiring actors, with the Hollywoodland sign beckoning in the distance. Clive’s background in British theater helped him land the lead in the 1931 horror classic, Frankenstein. His dramatic bellow as the mad scientist—“It’s alive! It’s alive!”—was his entry into the fickle entertainment industry, but it also led to his being pigeonholed in the roles of broody, disturbed characters. The grand apartment, now called the Hollywood Tower, is a familiar landmark off the 101—and the inspiration for the Twilight Zone Tower of Terror featured at various Disney theme parks.