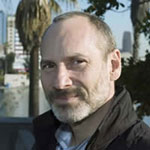 You launched Community Arts Resources more than 20 years ago. Why?
[CARS co-founder] Katie Bergin and I met working on the Craft and Folk Art Museum’s Festival of Masks in the ‘80s, which was the grandmother of multicultural festivals. We cut our teeth and got a sense of what it means to engage with the community in a meaningful way. At the time, L.A. was the city of festivals, but there wasn’t room in the curatorial scheme for artists, so we presented the Fringe Festival as an alternative. I had just turned 30 years old and we felt as if we understood events in this city. We saw how every time these festivals would happen they’d hire a crew and start from scratch and then after the event was over, everybody would get laid off and the institutional memory of how to do it was lost. We also saw that cultural institutions would hire from outside of L.A. and people would come in and try to impose on Los Angeles something that worked somewhere else but didn’t really make sense here. We said, “That’s crazy. We love doing this and maybe we should set up our own shop.” We ended up calling it CARS because that felt like Los Angeles. I often say now tongue-in-cheek that when we started it was an iconic name, and now it’s ironic.

You call CARS a “social benefit corporation”—but it’s not a non-profit. Why not?
We asked ourselves how can we do this in a way that we can be independent, make decisions quickly, and work on a range of projects without having to keep going back to a larger group of people to get permission? So we created a small business. We’re a mission-driven corporation. What we look to do is create events in public spaces in Los Angeles, to create a better Los Angeles through the redesign of space, and to share whatever advice and knowledge to others that would like that, too. We won’t just take a job because it’s a job. It has to fit into what we want to do. “Social benefit corporation” is an emerging term that helps to describe a category of businesses out there like ours.

How has the cultural landscape of L.A. changed since you founded CARS?
There are a lot of things that we are just now getting back to. There were larger scale budgets in the ‘80s for events, and we haven’t seen that again until Pacific Standard Time. There’s a whole bunch of stuff that happened in between then and now, but if you don’t look at the middle period, there’s a return to [doing things on a] larger-scale. Recently we’ve seen a great bubbling up of smaller institutions, but not too many new large ones. We’ve seen the rise and decline and maybe the rise again of MOCA. The Hammer Museum sticks out as well.

We’ve also seen the decentralization of the performing arts scene. Before, if you wanted to see theater, you went downtown or a couple of other places. The idea that you can go into your neighborhood to find a theater or a gallery now—that’s an exciting thing.

What’s the single most inspiring thing happening in the cultural arts world now?
The fact that there seems to be such a great interest in thinking of the city as site. Site-specific work and work that responds to place, that gets out of the institutional walls, is bigger than it has ever been.

Why is that important?
You want to do everything you can to lower the barrier between arts and culture and the public. An art audience will go and seek out art, but that’s a small percent of the population, like 5 or 10 percent. So how do you reach the other 90 percent? What you want to do is create things that bring arts and culture out into the world so that people can engage with it as part of their daily lives, as part of the fabric of the city.

What could the city of Los Angeles do to better foster the cultural arts?
The way things are funded is this kind of incredibly complicated byzantine puzzle. It’s: I want to do something and I want to do it here—but it’s in West Hollywood, so I can’t use my City of Los Angeles grant. When I was growing up, we used the Thomas Guide, and you could look at any page and see all these different colors. Each color represented a different city, so you could tell the borders. When you pull up Google Maps, you don’t see those boundaries, so [knowing what is possible to do where] is really a challenge.

At the same time, the city is doing a better job of encouraging art in the public sphere, and in many ways it is incumbent upon the cultural organizers to figure out how everything works here, because there are amazing support systems and ways to get funded and new foundations, like what’s going on with the Goldhirsh Foundation. But if you are an organizer, there’s no one place you can go that will tell you all your options.

Aside from that, there’s the whole issue of signage in L.A. The sign ordinance has ended up stopping murals [from being painted] for the last five or six years. That has to get resolved one way or the other.

What about L.A. drives you crazy as a resident?
That city that is emerging is so exciting—it’s a city of new public spaces: new parks, new places for people to see each other and run into each other—I’m just impatient for it to happen. I’m excited about how the transit system is going to interlink us in new ways and how it will change how we use the city.

The other thing that drives me nuts is the people who live here and complain about it. This is an incredible place. If you don’t want to live here, then find another place and go there. I believe it’s one of people’s favorite things to complain about L.A. and how it used to be so great and now it’s not, and I just think it’s a fantastic place to live and we need to all engage with it. Only by engaging with it can we all transform it.

What’s one thing the city does particularly well?
I think what’s happened with the Department of Cultural Affairs under the leadership of Olga Garay is fantastic. [Its involvement] with public art has really expanded and there is a new initiative to get site-specific art out in new ways.

CARS helps produce Ciclavia, a daylong festival for cyclists and pedestrians that typically draws more than 100,000 people and has multiple events scheduled this year. Are you surprised by how the idea of going car-free for a day has taken off?
I’m surprised at how quickly the idea went from being just an idea to something that is embraced by so many Angelenos. I had this feeling that it was going to be big, but what has been surprising is how easily we’ve gotten the support to expand and grow. It’s great. It shows how much that other L.A. waiting to emerge is ready to, that people are hungry to be able to encounter each other in the street and meet their neighbors in unexpected ways.

Fifteen miles of street will be closed between downtown and the beach for this weekend’s event. Will you be walking the full route?
I will not. If I weren’t the executive director I might be able to, but I have too many responsibilities that day. But it’s not a marathon; you don’t have to do it all. My 87-year-old mother will probably walk from Santa Monica to Venice—and that’s fantastic.