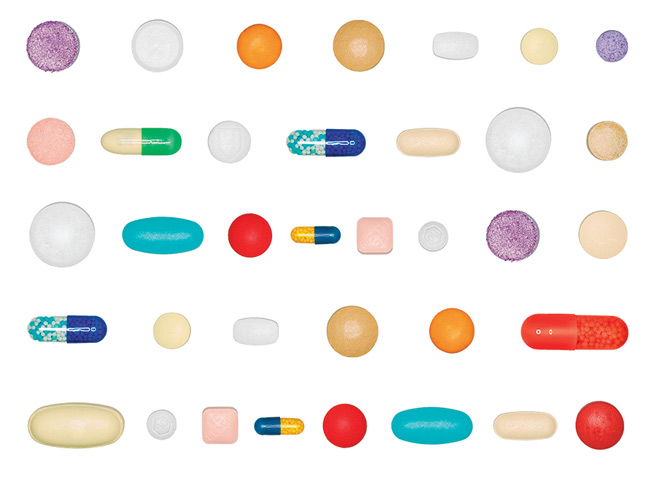 Imagine that your son has been diagnosed with a life-threatening condition. Imagine that this condition makes him vulnerable to the effects of certain chemicals. Imagine there is a medicine that, if injected immediately after your son comes into contact with the deadly chemicals, can save his life.

Chances are you’re with me so far. We all know someone whose kid is allergic to peanut butter or beestings, and we’ve heard the cautionary stories about how EpiPens saved their lives just in time. But what if your child is a drug addict? Would you approach that condition the same way?

There is growing evidence that you should, and recently the state of California made it easier to do so. In January a new law went into effect that allows the family and friends of those who abuse opioids—including heroin, codeine, and addictive prescription drugs such as Vicodin, OxyContin, and Oxycodone—to obtain and administer naloxone, which can reverse the effects of an overdose by stopping the brain from shutting down the central nervous and respiratory systems. Legislation is now being introduced that would make naloxone, currently a prescription drug, available over the counter.

The naloxone legislation is part of a broader movement to change the way we think about and treat drug addiction. Although for more than a decade the medical establishment has considered addiction a chronic disease like diabetes or heart disease—the result of an unlucky combination of genes and environmental factors—that truth has been slow to trickle down. For proof that drug addiction is still largely misunderstood by the public, you need look no further than the recent fatal overdoses of actors Philip Seymour Hoffman and Glee star Cory Monteith. Both were opioid dependent, and both were criticized in the wake of their deaths for bad decision making and for failing to summon the willpower to prevent a relapse.

According to Richard Rawson, codirector of UCLA’s Integrated Substance Abuse Programs, blaming the victim is not just wrong—it’s counterproductive. Research conducted in the 1990s on the neurobiological roots of dependence found that drug use changes the brain’s structure and function, leading the National Institute on Drug Abuse to define addiction as a brain disease. “We can actually see the changes that occur in a person’s brain as a result of addiction. The brain has been modified, and they are not the same person they were when they started using,” Rawson says. The compulsive and destructive behaviors of addicts, previously assumed to be the result of choice, are now seen as symptoms of the brain disorder—that is, addictive behaviors are manifestations of the disease, not its cause.

Another big breakthrough in the field of addiction came in the early 2000s, when the disease was classified as chronic—meaning without a cure and characterized by relapses—and therefore best treated with long-term care. But too often, Rawson says, that approach remains the exception, not the rule. While self-help fellowships such as Alcoholics Anonymous and Narcotics Anonymous aid people with drug dependencies and their families, he says, they should be used in tandem with evidence-based medical treatment: behavioral therapies and pharmacotherapies such as methadone or the relatively new medication buprenorphine. Due to the specific challenges an opioid addict faces—the high incidence of death, for instance—Rawson is one of many who believe the use of medication in the treatment of abuse should be routine.

Jeremy Martinez, an addiction psychiatrist and the executive director of the Matrix Institute on Addictions in West L.A., agrees. “We need to reexamine some of our philosophical ideas about not having an opioid user on an opioid for treatment,” he says. “This is a fatal disease; we need to be aggressive in treating it.”

California, like the rest of the country, is in the midst of an opioid abuse epidemic, a public health crisis that has tripled the number of deaths from drug overdoses nationally since 1999. In Los Angeles County drug overdose is the sixth leading cause of premature death (after coronary heart disease, homicide, suicide, motor vehicle crash, and liver disease), an increase driven by the population’s growing addiction to opioid pain relievers, which doctors sometimes call “heroin lite.” (Nationwide, more Americans die from overdosing on prescription painkillers than on cocaine and heroin.)

That reality has made buprenorphine—an opioid partial agonist that can relieve withdrawal symptoms without producing the same high or dangerous side effects as full opioids—an important weapon in the fight against drug addiction. When combined with naloxone, it is known by the brand name Suboxone and is safer than methadone and easier to obtain (it can be prescribed by authorized physicians rather than dispensed only at federally approved clinics). The stuff is popular; in 2012, sales of Suboxone surpassed those of Viagra and Adderall. It is also expensive. Called “the rich man’s methadone,” it can cost a patient as much as $300 a month after insurance.

But while Suboxone can do a lot of good when taken as prescribed, the lack of systematic monitoring has given the drug an illicit life on the street. Even as some addiction treatment specialists still shun the use of drugs in their programs, some dodgy doctors have created Suboxone pill mills that foster its recreational use. The result: They are overprescribing the very drugs meant to combat the damage done by the overprescription of pain pills.

“There is a lot of Suboxone being used in California right now but very little of it within treatment programs,” says Rawson. “It’s a schizophrenic situation: Suboxone has a whole, almost alternative delivery system of doctors in the community, many of whom are not connected to treatment centers. Then you have treatment programs where opioid addicts never get to hear about Suboxone, or if they do, they’re told it’s just as bad as taking heroin.”

Perhaps the most underutilized medical aid in combating overdose deaths from opioids is naloxone, the secondary chemical in Suboxone and the nontoxic drug that California legislators have just made easier to acquire. Discovered in 1960 and later marketed as Narcan, naloxone has been used by first responders for decades. It can be injected into muscle or sprayed into the nose and has a Lazarus-like effect on people, provided they still have a heartbeat: Within five minutes, the person wakes up and resumes breathing.

Rawson, like many other physicians, believes that every opioid addict and their family members and friends should exit recovery programs with a supply of naloxone that they know how to administer. If take-home naloxone were as readily available to addicts as EpiPens are to those with severe allergies, the number of fatal overdoses would decrease. (Indeed, prevention programs that employed naloxone reversed more than 10,000 overdoses in the United States between 1996 and 2010.)

And to those who still think that addicts should shun medication, relying only on their willpower and support groups to keep them healthy, Rawson says, Wake up. “The days when we argued about ‘is medicine good or bad?’—back in the ’80s—are over,” he says. “A patient saying he’s opposed to medication is similar to someone saying he doesn’t want to take an antibiotic for an infection. It’s that level of absurdity.”