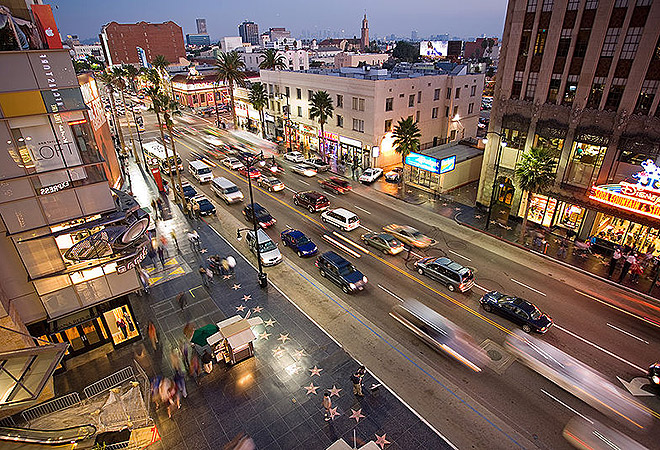 In December 2013, the LA2020 Commission, a panel established by Mickey Kantor in April of last year that studies and reports on the financial stability and growth of L.A., released their first report called “A Time For Truth.” The title itself was telling of the account’s grim contents: “Los Angeles is barely treading water while the rest of the world is moving forward. We risk falling further behind in adapting to the realities of the 21st century and becoming a City in decline,” reads the opening sentence.

The rest of the document is equally brutal, not to mention bleak, but the panel’s purpose is not to skewer L.A. and its inhabitants to the point of apathy but rather to call the city to action. Enter the LA2050 Commission, whose counterreport, “Unleashing The Potential of Los Angeles,” would argue that the wheels of change are already in motion.

Run by the Goldhirsh foundation, LA2050’s hope is to create a shared vision of L.A.’s future by fostering a collaborative climate among Angelenos. Last year the organization launched the My LA2050 campaign, which challenged both non- and for-profits to submit project proposals for the betterment of L.A. A total of one million dollars was doled out so that a select number of those proposals could become a reality. It is that project, they argue in “Unleashing The Potential of Los Angeles,” that indicates Angelenos’ already-ignited passion for their metropolis. “If we don’t like what the projections are saying about our future,” LA2050 says, “then we as citizens, organizations, stakeholders, and policymakers can work together towards a more successful Los Angeles—one that empowers us and takes full advantage of the potential our region holds.”

At the end of the day, the aspirations of LA2020 are identical to LA2050’s (a brighter, better Los Angeles); they’re just presenting the information differently. In her March interview with Mickey Kantor, columnist Anne Taylor Fleming found him to be exceptionally sanguine albeit painfully honest. “We are going to get there,” Kantor told her. “I am an eternal optimist. Chairing this commission and writing what we wrote is a little counterintuitive to my personality. But there was method to the madness. The message is: This is a great city; come on, let’s do something about it. If we had just gone off and written some nice things about L.A., no one would have paid any attention and no one would have addressed it. Maybe this will bring people together and they’ll start moving and we’ll get something done. That is my fervent prayer.”

As for the battle over L.A.’s future, it looks like we’re armed with two worthwhile commissions that have the city’s back.