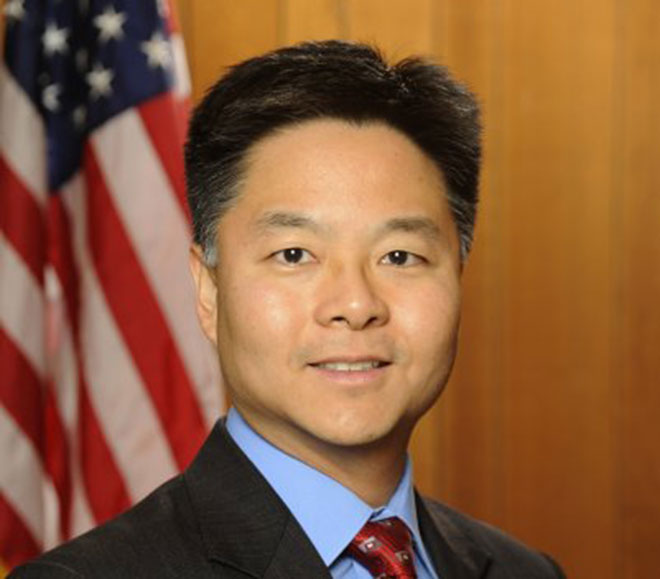 The news that Representative Henry Waxman has decided not to seek re-election at the end of this congressional term made local and national headlines yesterday. It also got politicos buzzing about who could—and should—fill the influential Democrat’s shoes. Two democratic candidates, former city controller Wendy Greuel and state senator Ted Lieu, have announced plans to run for Waxman’s seat. Here Lieu, whose Westside-centric district overlaps greatly with Waxman’s, fill us in on his decision, what to expect from his campaign, and why he’s not intimidated by the partisanship currently plaguing our nation’s capital.

What was your first thought when you heard Representative Waxman decided not to seek re-election?
I was surprised because Congressman Waxman is a living legend. He has done so much on climate change and health care and social justice and has shown such remarkable leadership that I expected him to keep on fighting in congress. I was very surprised that he chose to announce his retirement.

How did you hear the news?
I had just finished brushing my teeth when my phone went crazy. It was just text messages and phone calls, people telling me that Congressman Waxman had announced his retirement and urging me to run. After reflecting on what was happening, I called my wife Betty and asked her if I could run for congress.

Is that how you put it, “Can I run for congress?”
Yes. She was one of the folks that had texted me! We had a good conversation and she gave me her 110% support. Then later I called Congressman Waxman’s cell phone, left a voicemail for him, and started putting my campaign together.

Have you connected with Waxman?
We talked today.

What was your conversation like?
I congratulated him on his four decades of remarkable service and told him our nation is a better place because of it. We chatted about the district. He was very pleased with two of my important issues: climate change and being very strong on Israel. They are two important issues for him as well, and we had a very nice conversation.

Did he offer you any words of advice?
The conversation was really more about him. We are going to meet when he comes back to the district.

Calling your wife must have been an important step, but how else did you come to the decision to run?
Let me try and put it this way: it was a difficult decision made very quickly. It is a big risk; if I do not win, I will no longer be elected by the end of this year.

That’s more than one endorsement an hour! How does it feel?
I feel good. I think the reason I have so many endorsements is I live in the district and have represented it for many years. I’ve worked with these elected officials and so they were very comfortable not just endorsing me but also going above and beyond and calling other people to help as well.

But that’s not always the case—people certainly work with politicians and then decide against endorsing them or take more time making a decision, especially early in a race with so many people in the “maybe” column.
I’m very humbled, especially because these people knew that other people might still jump in. But if you look at a map of [Waxman’s] district, I represent a monumental portion of it and I have been a leader on many of the exact issues that he has fought for, such as climate change. As a result of a bill I authored, Senate Bill 1066, the California Coastal Conservancy gave out $3 million in climate change adaptation grants just last week. We are implementing the Affordable Health Care Act full speed ahead. And on civil rights, I authored landmark legislation that banned gay conversion therapy. That bill has been replicated in New Jersey and other states are looking at it as well.

Wendy Greuel made a failed bid for mayor, and now plans to run against you. What kind of race are you expecting?
It’s going to be a fast race—and I have experience with that. I have run in two special elections in the past and won them with fairly high margins, so I’ve gone through this before. Typically a person wins a special election because of all the legwork they’ve done before, and just by virtue of me representing this district for so many years I think the voters have a sense of who I am. I believe in speaker Tip O’Neill’s adage that all of politics is local, and I am local.

What do you expect to be your biggest challenge on the campaign trail?
Trying to keep my family first. Obviously it is very hard in a campaign, but I will try to make that balance. Also, I think the scale of the district is going to be a challenge for anyone who is running. It’s a large district.

A significant number of representatives are retiring, in large part to get away from the partisanship that’s divided Congress these past years. You aren’t afraid of what you’ll find in D.C.?
No! I went through partisan gridlock [here in California]. As you get a changing of the guard in Washington D.C., with different people from different sectors, you’ll start to break through the gridlock.