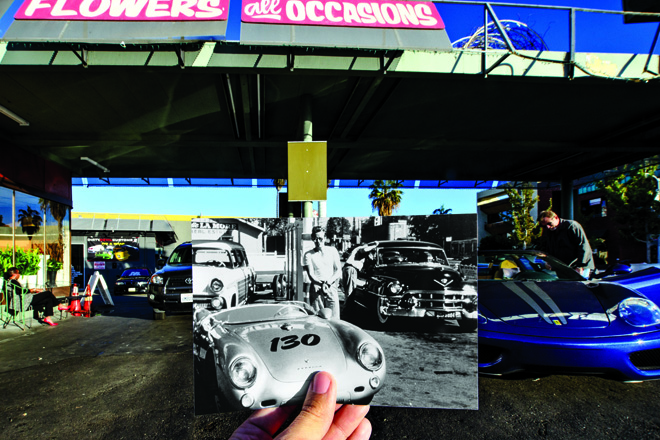 No car had more bad luck than “Little Bastard,” as James Dean called his Porsche 550; only Dean himself was less fortunate. Nurturing a reputation as a rebel without a cause before the film’s release, he enjoyed dangerous sports. For his seven-hour trek to a race in Salinas on September 30, 1955, he filled the gas tank at Casa de Petrol (now a flower shop) in Sherman Oaks, where a member of his entourage took this shot (inset). Several hours later Dean struck another car on Highway 46 near Paso Robles and died at the scene. Lore has it that several people linked to the roadster in the years after the crash were killed or seriously injured. In 1960, the car disappeared and hasn’t been seen since. Locals swear they have spotted the ghost of the actor hitching a ride near the James Dean Memorial Junction.

This Beloved Valley Restaurant Is Making a Comeback in March