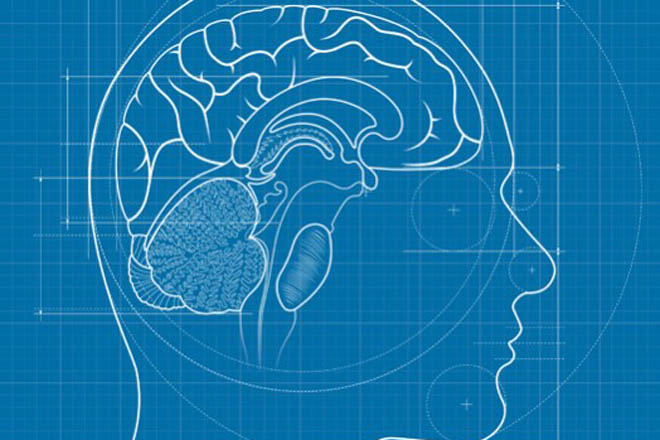 Walking along Santa Monica’s 2nd Street, I barely notice that my mind is a blur of thoughts. I’m musing about a year-old encounter with an ex-girlfriend, anxious about a work deadline, distracted by a list of errands I need to get done before the day is over. Then I hear the sound of Tibetan bells quietly clanging in my shirt pocket. It’s the mindfulness app I just downloaded, which is set to go off every two hours and tell me that it’s time for a moment of awareness.

I stop and look around, noticing the street and buildings and people passing by. I breathe in the ocean air, scented with salt and a slight tang of old fish. I examine the anxieties that have been clouding my thoughts, attempting to notice them without judging. Suddenly I’m calmer. My body feels more relaxed.

What I’m experiencing is mindfulness, a concept derived from Buddhism that’s being adopted by everyone from therapists to yoga instructors to nutritionists. And like any trend, it’s reached celebrities, including Buddhists such as Richard Gere and inner-space voyagers like William Shatner. Actress Goldie Hawn’s nonprofit Hawn Foundation advocates teaching mindfulness techniques to children as a way of improving emotional and social skills, while Jennifer Aniston has been in talks to direct and star in a movie about the mindfulness researcher Ellen Langer.

Soon you may be also hearing about mindfulness from your doctor. In the past decade or so, universities and medical schools have begun to embrace it as an academic discipline. Across the country they’re studying how mindfulness practices can help reduce stress, ease depression and anxiety, even help gravely ill hospital patients feel less pain.

“When someone is in the hospital, if their pain, fatigue, and depression can be diminished, that goes hand in hand with the treatment of their disease,” says UCLA professor Michael Irwin, director of the university’s Mindful Awareness Research Center (MARC). Part of the Norman Cousins Center for Psychoneuroimmunology, which Irwin also leads, MARC is the local nerve center for mindfulness research and education. Its public seminars and free meditation sessions—often led by MARC education director Diana Winston, who spent a year in Burma as a Buddhist nun—draw crowds to settings like the auditorium of the Hammer Museum in Westwood.

MARC is located in a maze of offices in UCLA’s neuroscience building—fittingly, you can’t find your way around without paying attention. That’s where Irwin, a psychiatrist with a steady, calming gaze, tells me about a variety of mindfulness benefits under investigation: better sleep, less stress, resistance to viral infection. In a UCLA study last year, blood tests showed that mindfulness combats inflammation, which is implicated in afflictions ranging from heart disease to rheumatoid arthritis and certain cancers. Mindfulness meditation actually alters genetic switches in the body, preventing them from signaling the immune system to release inflammatory proteins, Irwin says. “We can evaluate the expression of genes before and after several weeks of meditation. And it’s markedly different in meditators and nonmeditators.” Mindfulness might even extend your life span. Preliminary research has found that meditators have more of an enzyme called telomerase, which helps prevent the shortening of chromosomes—a key aspect of the aging process.

The benefits of mindfulness come from two elements. One is a deep mental and physical relaxation created by techniques such as yoga, tai chi, and meditation, which researchers have secularized so they don’t require any religious affiliation and are appropriate for scientific study. When they teach tai chi, for example, there’s no talk of chi, the mysterious “life force” of Chinese tradition.

The other element is “a mental practice of awareness—keeping your attention on what’s happening in the moment,” Irwin says. That might include “mindful walking,” during which you remain open to your surroundings instead of letting your mind wander; “mindful eating,” a life-affirming exercise (and potential weight loss tool) in which you chew slowly, concentrating on each bite with all of your senses; or simply choosing to stop and fully experience what’s happening inside you and around you. “In modern society our minds are constantly distracted and pulled in all different directions,” Irwin says. “But mindfulness awareness practices allow you to enter a space within your mind where you’re focused on the present.”

Not that the entire research community is onboard today. In a scathing 2012 essay in The Journal of the American Medical Association, infectious disease specialist Paul A. Offit, M.D., complained that studies funded by the National Center for Complementary and Alternative Medicine, a division of the National Institutes of Health that spends tens of millions of dollars to investigate topics ranging from mindfulness to nutritional supplements, has “failed to prove that complementary or alternative therapies are anything more than placebos.”

Skepticism about mindfulness is, of course, nothing new. Once the province of monks and spiritual gurus, “being in the moment” was central to Ram Dass’s 1971 hippie bible, Be Here Now, and to Eckhart Tolle’s 1997 New Age best-seller, The Power of Now: Discovering the Magic of the Present Moment. When mind-body healing pioneer Norman Cousins first came to UCLA in 1978—the same year Jon Kabat-Zinn founded what would become the University of Massachusetts Medical School’s Center for Mindfulness in Medicine, Health Care and Society and began teaching meditation to severely ill patients—practices such as tai chi and yoga were considered “way too far afield” to be eligible for university research, Irwin says. “It’s only been in the last ten years that you see this approach embraced as an academic enterprise.”

Elisha Goldstein, a West L.A. therapist and author of the self-help book The Now Effect: How This Moment Can Change the Rest of Your Life, began studying mindfulness in his previous career as a corporate executive in San Francisco amid the dot-com boom. Now it’s an integral part of his practice. “When you train yourself to be present in the moment, you aren’t rehashing the past or worrying about the future,” Goldstein says. “So when you feel depression, stress, or an anxious reaction, it helps you put your rational brain back on and focus on what really matters.”

Mindfulness meditations for dealing with anxiety, anger, or depression differ from the kinds that emphasize focusing on one thing because you’re trying to boost awareness of your thoughts rather than set them aside, says Marvin Belzer, Ph.D., a former philosophy professor who serves as MARC’s associate director. For example, you might be meditating on your breath, focusing on the air as it goes in and out of your lungs. Traditional meditation would have you learn to return to your breathing each time you find your mind wandering. But in mindfulness meditation, first you’re supposed to deal with those extraneous thoughts and feelings, Belzer says. “We just lean into that feeling and own it. Then we come back to the breath.”

“You’re not trying to clear your mind but to loosen your grip on your mind while reducing underlying stress,” Goldstein explains.

Researching these benefits has been made easier by the availability of imaging equipment that can show what’s going on in the brain. In a 2011 study by the University of Massachusetts’ Center for Mindfulness, an eight-week course in MBSR brought about increased gray matter density, suggesting improved mental functioning. A 2012 UCLA study found that people who meditate regularly have more gyrification, or “folding” of the cortex into more layers, which could allow the brain to process information faster.

And you don’t need to be in emotional pain to see advantages, Irwin notes. “These practices bring us into the joy of living,” he says. “That positive outlook we have about our lives—when we’re mindful and present in the moment instead of preoccupied with our worries—has a very helpful effect on our psychology and our outlook on life.”

Does L.A.’s Absurd, Narcissistic, and Pricey Mindfulness Trend Have Its Benefits?