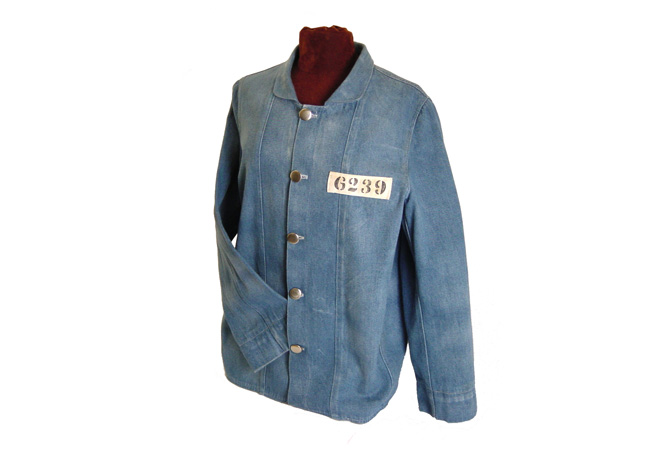 Elvis Presley was a product of the South, but much of his persona was created in Los Angeles. His movie years are often ridiculed as the end of his career, but he had already appeared in two feature films by the time Jailhouse Rock started production in May 1957. Fairfax High graduates Jerry Leiber and Mike Stoller wrote the hit song, and laid down the tracks at Radio Recorders on Santa Monica Boulevard. The singing and dancing scenes were filmed at MGM in Culver City. Elvis had already made waves in Los Angeles with his first L.A. performance at the Shrine Auditorium a year earlier and his films brought his moves to big screens all over the country. This convict costume is currently on display at the Hard Rock Café in Memphis. The song is on the Rock and Roll Hall of Fame list of songs that shaped rock and roll, and in 2004, the film Jailhouse Rock was selected for the National Film Registry at the Library Of Congress.