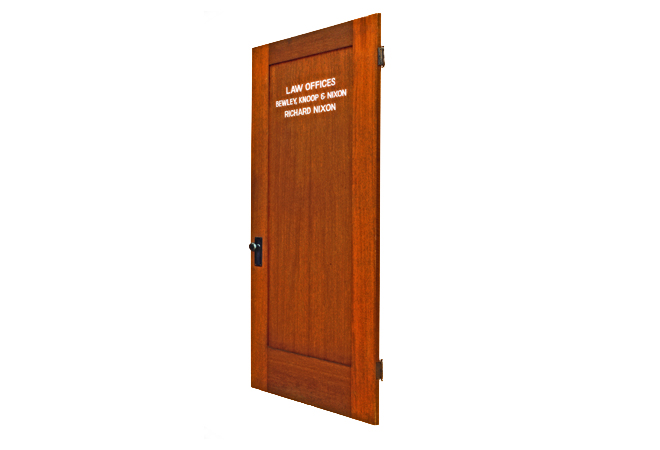 The first native Californian to be elected president of the United States was born on a small lemon ranch in Yorba Linda. Richard M. Nixon’s father left the ranch when his son was nine years old and moved the family to Whittier in southeast Los Angeles county. “We were poor,” Nixon later remembered. “But the glory of it was, we didn’t know it.” His family operated a service station and a small market. His younger brother opened Nixon’s drive-in restaurant on Whittier Boulevard. Nixon graduated Whittier High School, where he lost the election for student body president in 1930. After completing Whittier College and Duke Law School, the future president began his career at the law offices of Wingert and Bewley on Philadelphia Street in 1937. Five years later, he moved to Washington D.C. and began a government career that culminated with the 1968 presidential election. Nixon returned to California, where he died at his San Clemente home in 1994. His law office door is on display at the Whittier Museum.