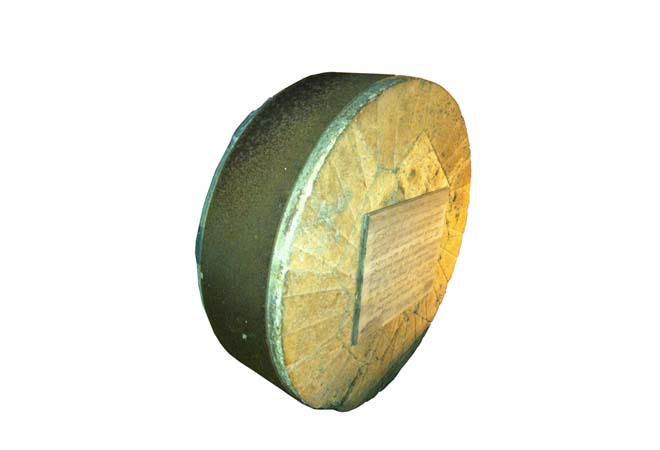 Wheat and cereals need to be soaked or crushed to get to the nutritious center. Outside of a mortar and pestle, the earliest way to do grind wheat was with a giant stone wheel driven by wind, horses, or water. The earliest example of one of these big gristmills in greater Los Angeles is El Molino Viejo, built near the San Gabriel Mission in 1816. Later that century, a water wheel appeared on the Los Angeles River near present-day Chinatown and turned this British-made stone, which made flour at the “first commercial mill in Los Angeles.” After 50 years in service, and probably a few more in storage, Walter Knott acquired the stone and moved it to his theme park in Orange County where it resides today.