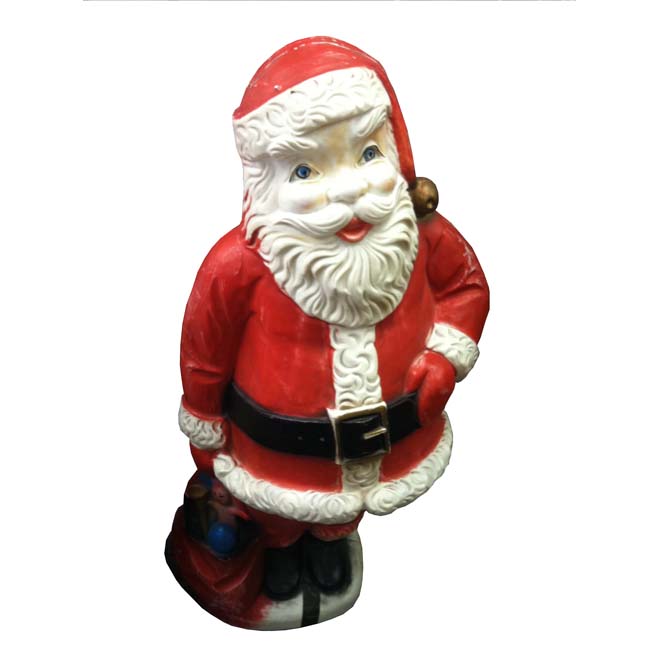 Two years after the horrific Tate and LaBianca murders rocked Los Angeles, Charles Manson’s followers plotted an elaborate scheme to set him free. On August 21, 1971, five “family” members drove a white Ford van to Western Surplus in Hawthorne, forty miles from their onetime headquarters at Spahn Ranch. They planned to stage an armed assault to free Manson and “Tex” Watson from a downtown courtroom. Shortly before 10 p.m. they set off a silent alarm as they held shopkeepers prisoner and loaded 140 guns, including shotguns, semi-automatic weapons, and pistols, into boxes and trash cans.  Hawthorne PD responded to the alarm and engaged the group in a 10-minute firefight spraying the store, the van, the police cars, and this five-foot plastic Santa (look above his right eye) statue with bullets. The shootout ended with only minor injuries and the group joined Manson in police custody.