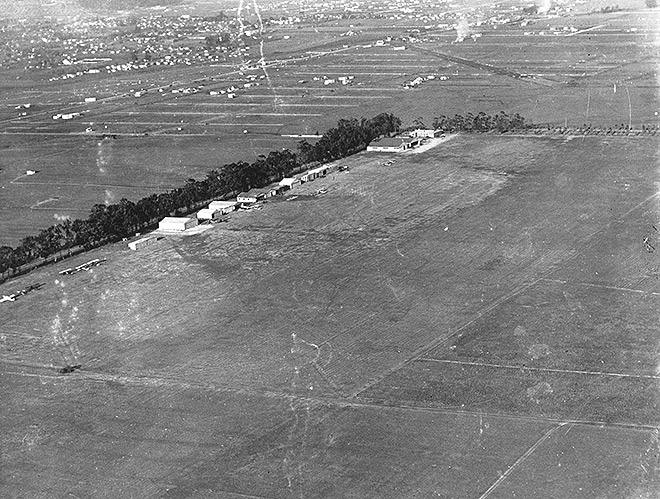 Before “Cloverfield” was a monster, it was an airfield. As early as 1917, aviators were landing on a grassy runway perched atop a mesa just southeast of Santa Monica, one surrounded by stalks of barley.

Soon the landing strip became a military airfield, and in 1922 the U.S. Army named it Clover Field in honor of Greayer Clover, a fighter pilot killed in France during the First World War. Since then the site has served many purposes. First it was the western headquarters of the Army’s reserve air corps, and later Douglas Aircraft produced its line of DC planes there. Today, it’s a controversial general aviation airport—controversial because private homes surround it on all four sides.

The site hasn’t been known as Clover Field since 1927, when the city, the facility’s new owner, renamed it Santa Monica Airport. That was long before producer J.J. Abrams reportedly borrowed the title for his 2008 sci-fi monster film from a freeway sign for Cloverfield Blvd—a street that once led to the barley field where biplanes landed.

Above: Circa 1924 view of Clover Field in Santa Monica. Courtesy of the USC Libraries – California Historical Society Collection.