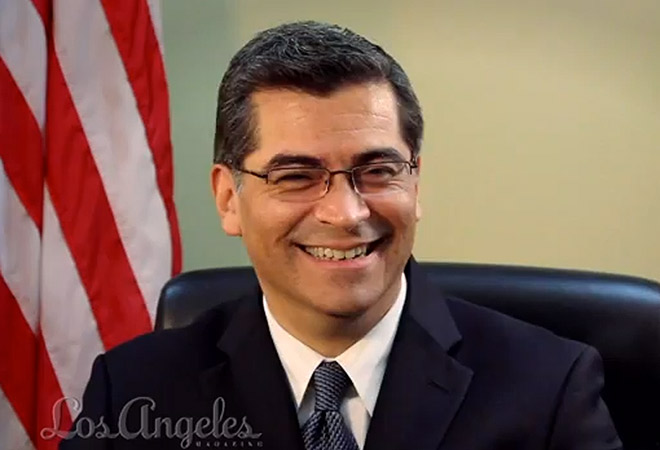 In the ninth episode of “Big Shots With Giselle Fernandez,” our video series featuring business leaders and culture shapers from around the globe, Fernandez sits down with Xavier Becerra, the representative for California’s 34th Congressional District. He was first elected to the House of Representatives in 1992 and has since dedicated himself to improving the economic climate of Southern California through championing issues such as health care, high technology, and entertainment.

Aside from his work in Congress, Becerra is also on the Ways and Means committee—the first Latino ever to serve, a member of the Congressional Hispanic Caucus, a member of the Executive Committee of the Congressional Asian Pacific American Caucus, and he serves on the Smithsonian Board of Regents (where he oversees the museum’s expansive collection).

On racism and immigration:
“I don’t think it’s so much racism—it’s change. It’s…something different—not knowing what’s around the corner. Everybody feels more comfortable with what they know, what you grew up with. Immigration has taken America around the corner. And a lot of folks aren’t ready to turn the corner.”

On the city of L.A. as a national leader:
“We are the future of this country. Where California goes, so goes the country. Where L.A. goes, so goes California. And so we’re the future. Remember, it wasn’t more than twenty years ago that in California, by close to sixty percent, this state passed an initiative to deny undocumented immigrants – including children – any services, including school. Twenty years ago. Where are we today? We’ve got a Speaker who’s Latino in the State Assembly. We’re going to have a future Majority Leader in the state senate who will be Latino…in a matter of one generation…It’s time for this country to reward work again.”

On the implications of wealth disparity:
“You could work hard all your life and never reach the middle class. Let’s boil it down to this: November 2014 will be very important, but if America votes November 2014 and reelects a lot of the same crowd, it’s a prescription for the same dysfunction we see.”

Who’ll Be Tapped to Fill Kamala Harris’s Senate Seat? Let’s Take a Look at the Odds