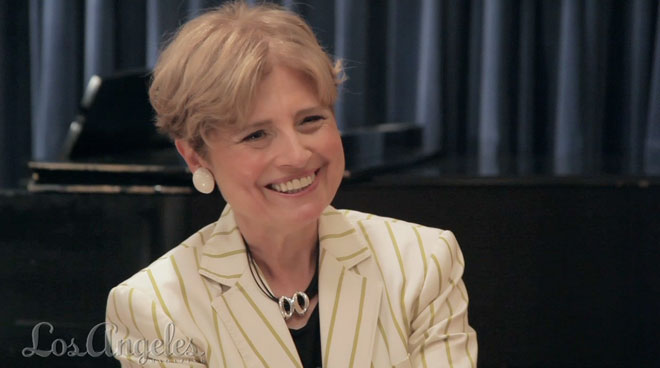 In the sixth episode of “Big Shots With Giselle Fernandez,” our short video series featuring business leaders and culture shapers from around the globe, Fernandez sits down with Deborah Borda, president and CEO of the L.A. Philharmonic, whose efforts to create accessible music for local audiences is evident in the organization’s nearly 300 annual concerts, and revolutionary educational programming, like Youth Orchestra L.A. (YOLA) run by music director Gustavo Dudamel. Here are some highlights from the conversation:

Watch a longer cut of this interview.