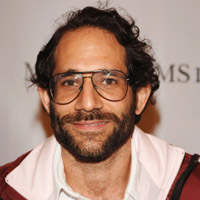 It’s official: Silver Lake is America’s Hippest Hipster Neighborhood. Or rather it was—just before Forbes published its list of America’s Best Hipster Neighborhoods at 8:50 this morning. After all, nothing defrosts a person, thing, or place’s cool factor quite as quickly as the H word. For the “multicultural blend of residents with eclectic professions,” of Silver Lake this could be a real bummer.

Or not. When reached for comment, Silver Lake resident and Los Angeles magazine deputy editor Nancy Miller had only this to say: “Silver Lake is actually the decoy hipster neighborhood to distract the mainstream from the REAL hipster neighborhood, but I’m not going to tell you where that is. You’ll know in five years.”

How to know you’re IN that mysterious future LA hipster-town? Miller share her list of key signs:

Nobody uses the word “hipster.” Ever.

You get pickles as a housewarming gift.

You can say, “I’m a vegan” and nobody punches you.

You’ve gone to a goat-roast..

Clothing stores for women are named after your great aunts: Myrtle, Ethel, and Millie.

Everybody wears American Apparel and hates themselves for it.

You are always the fattest person in the room.

You are never the whitest person in the room.