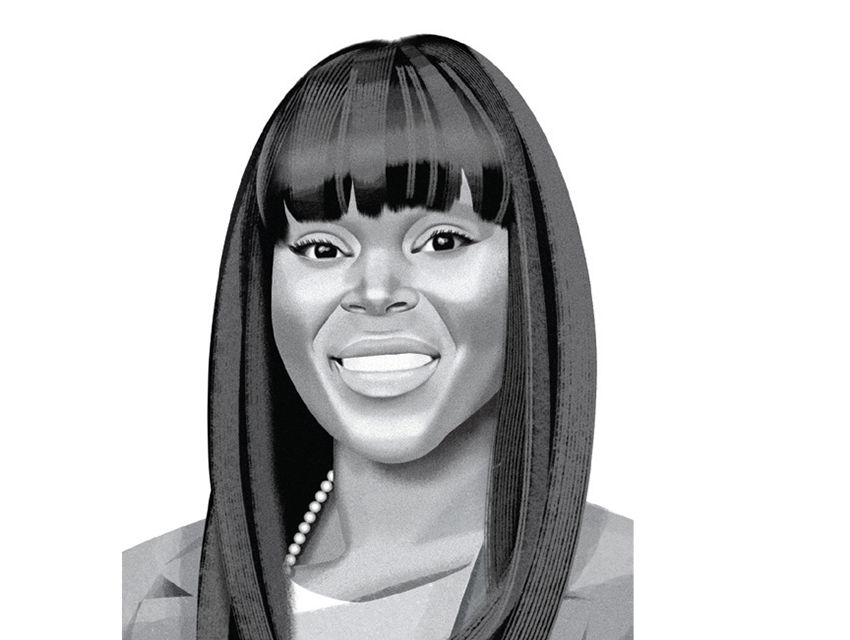 An urban planner, Brown moved to Compton to help turn the city around—and ended up running it.
“I knew that to go to the next level we needed a new leader. I looked around to see if there was someone I could support, and everyone pointed the finger back to me.”

After winning in a landslide, she’s focused on forging private-public partnerships, attracting new businesses, and—sorry, Dr. Dre—erasing the image of the 125-year-old municipality perpetuated in gangster rap.
“The majority of our residents are hard-working people who take care of their families. When you look at the impact rap has had over Compton for decades now, it’s disheartening. With the change in leadership we have an opportunity to rebrand our community.”

Giving local government an image upgrade is also on her to-do list.
“There’s an expectation among constituents that there’s going to be failure, so we’re opening the curtain on city hall and letting people know what we’re doing and implementing an app to connect the government to citizens 24/7.”

Brown’s bold prediction: Compton is the new Brooklyn.
“We’re 15 minutes from downtown, the port, and LAX. We’re surrounded by freeways and have light and heavy rail and great institutions. My neighborhood is very mixed and hip—we’re ready to have a renaissance.”