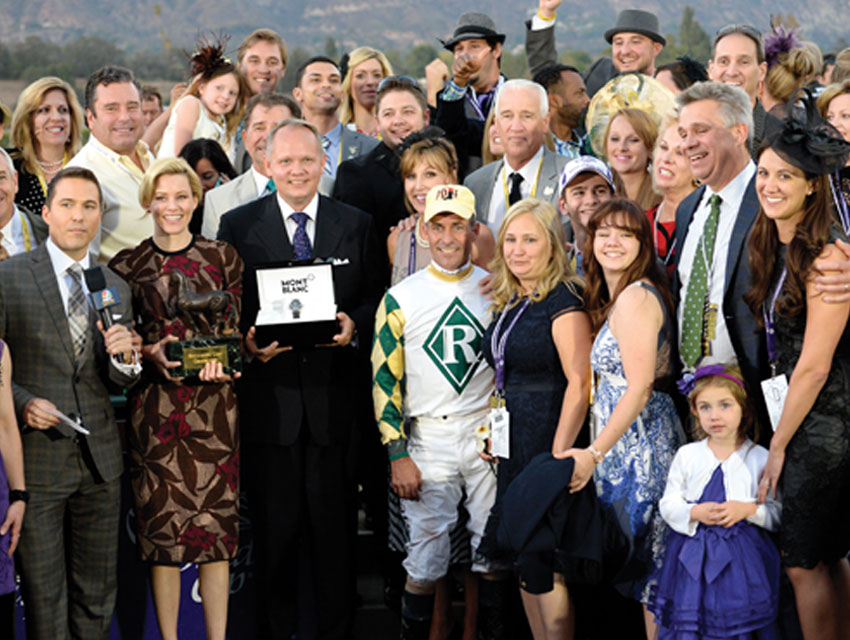 It was conceived in the early 1980s inthe cradle of horse breeding. A group of prominent Thoroughbred breeders in central Kentucky led by John Gaines longed for a climactic day of races at season’s end—like the Super Bowl—to determine a true horse racing champion in each major age and gender division.

Their vision became the Breeders’ Cup, which launched in 1984 at Hollywood Park. A dramatic three-horse duel in the Classic, won by 31–1 longshot Wild Again, enthralled a crowd of nearly 70,000 spectators and a national television audience. Since then, epic performances have cemented its legacy—Ferdinand and Alysheba’s photo-finish duel in 1987, Sunday Silence beating his rival Easy Goer in 1989, and racemare Zenyatta’s last-to-first victory in the Ladies Classic in 2008.

Throughout its 30-year history, the Breeders’ Cup has crisscrossed the country with stops at Belmont Park in New York, Lone Star Park in Texas, Gulfstream Park in Florida, and Churchill Downs in Kentucky to name a few. Today, it has become horse racing’s most glamorous international event. Two days of championship races and over $26 million in prize money attract the best horses from the U.S. and around the world including Europe, South America, and Asia.

Where will it go next? In 2015, the Breeders’ Cup arrives for the first time to iconic and elegant Keeneland in Lexington, Kentucky. After that, it returns to the site of its most memorable performances—Santa Anita Park—with the picturesque San Gabriel Mountains in the background. In 2017, it heads also for the first time to historic Del Mar in sunny San Diego.

The Breeders’ Cup is the premier place for owners, breeders, trainers, and jockeys to define their careers. Meanwhile, off-track festivities continue to lure equine enthusiasts, celebrity ambassadors, fashionistas, food lovers, and music fans each year. And as Frank Sinatra beautifully crooned, “The Best is Yet to Come.”