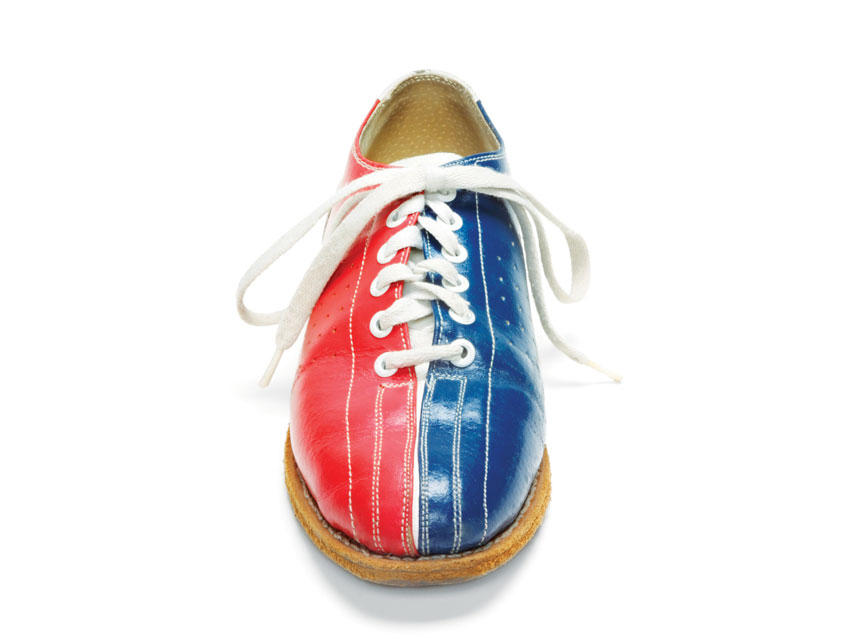 As early as the mid-1800s, Angelenos were hurling balls at pins set up in downtown saloons. Surprisingly more than 50 bowling alleys—some with a handful of lanes, others with luxury amenities—dot the region. Whether you prefer converting those spares in a midcentury classic or at a club with a beat, here are the places that are on a roll.

Covina Bowl
When this facility opened in 1956, the sport was booming in popularity. The 50 lanes and other attractions—a beauty parlor, a Googie coffee shop—set the standard for a generation of megacomplexes. what’s striking: The Egyptian-modern design is by Powers, Daly & DeRosa (who also did the late Java Lanes in Long Beach) and features a massive neon sign in the shape of an ankh, the Egyptian symbol for life. Bowlers still pay only $1.79 a game. Bonus Round: The venue includes a billiards parlor with the original tables. 1060 W. San Bernardino Rd., Covina 626-339-1286.

The Spare Room
The two-lane lounge, which can accommodate a dozen bowlers in extravagant comfort, is tucked away on the mezzanine of the Hollywood Roosevelt Hotel. An evening here doesn’t come cheap, easily running a couple hundred dollars. what’s striking: The elegant space is outfitted in brass and oak, offers bowling shoes designed by George Esquivel, and provides an attendant in a snap-brim cap and suspenders who tallies your score. bonus round: Every Monday the bar hosts a games night. 7000 Hollywood Blvd., Hollywood, 323-769-7296.

Montrose Bowl
There’s a small-town Main Street vibe at this eight-lane alley, which was built in 1936. Redone in a 1950s pink-and-teal color scheme, it has served as the backdrop for such films as Jersey Boys and Plea-santville. Music producer Phil Spector rented out the place for raucous parties attended by members of KISS and Van Halen. what’s striking: The bar stocks more than 70 beers from around the world. Bonus Round: Private parties, which start at $350, take over on evenings and weekends, but there’s open bowling on weekday afternoons for $25 an hour. 2334 Honolulu Ave., Montrose, 818-249-3895.

Bowlero
New York-based Bowlmor recently purchased both Brunswick and AMF, the country’s largest bowling alley operators. The latter’s holdings included the beloved tiki-themed Mar Vista Lanes. The space is being reinvented as Bowlero, scheduled to open this month. what’s striking: The aesthetic is California road trip, with graphics on the walls that re-create the exterior of a roadside motel in the colors of a coastal sunset. Bonus Round: DJs will spin music to bowl by on Friday and Saturday nights. 12125 Venice Blvd., Mar Vista, 310-391-5288.

Four of L.A.’s Iconic Midcentury Buildings Are Currently Under Threat