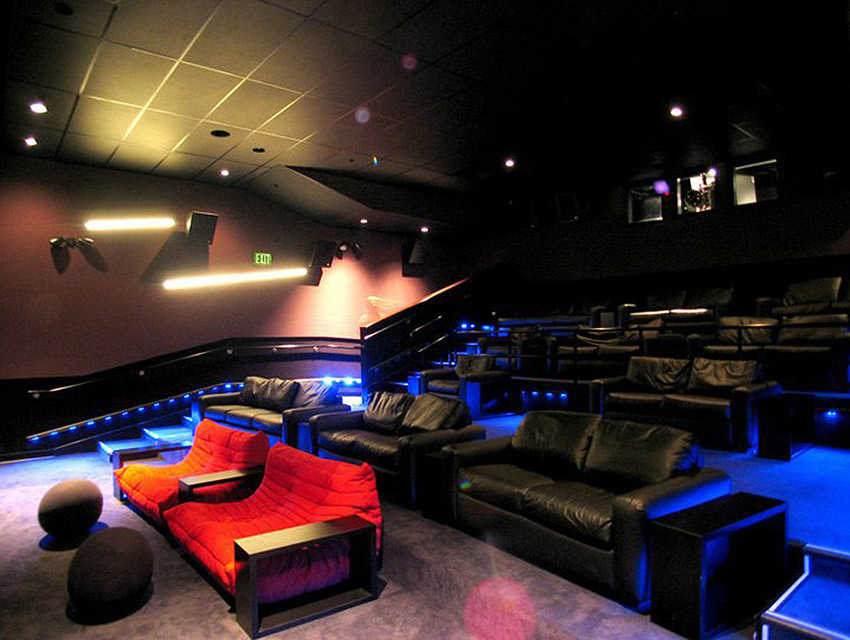 In eras past, L.A. movie theaters competed with each other by offering one gilt-laden interior more spectacular than the next. The modern movie palace has less gilt but plenty of upscale amenities. Indie theater chain Alamo Drafthouse arrives downtown next year, adding even more options to a growing array of screen gems. Here, the finest seats in town.

THE ORIGINAL
When ArcLight Cinemas opened in Hollywood in 2002, it set the standard for grown-up viewing: a tasteful lobby, roomy seats you could book in advance, and ushers to ensure sound and picture quality. With four locations in Greater Los Angeles and another scheduled to open in Santa Monica this spring, the chain is known for its well-maintained interiors and in-house restaurants. In Hollywood the menu was recently updated to include halibut ceviche and a kale Waldorf salad. ArcLight Hollywood: 6360 W. Sunset Blvd., Hollywood, 323-464-1478. For other locations in Southern California, visit their Web site.

THE SIDEKICK
Featuring 12 screens devoted to independent films from around the globe, The Landmark isn’t the place to take in an Adam Sandler romp. Arrive early and enjoy a drink in the wine bar. Stocked with La Brea Bakery pretzels, Belgian chocolate brownies, and vegan cookies, the concession stand may be the tastiest in the city. The regular seats are comfy enough, but in some screening rooms you can kick back on couches. 10850 W. Pico Blvd., Westwood, 310-470-0492.

THE CONTENDER
In 2012, Sundance Sunset Cinema gave the Laemmle Sunset 5 a much-needed makeover. All the screenings are age 21-and-over, which means there’s no need to rush through that glass of pinot or pint of craft beer you started drinking at Bar Bar, the in-house lounge. If you are in a hurry, order a Memphis-style barbecued chicken sandwich or a margherita pizza in the lobby and wait for your personal buzzer to go off. The venue has fewer seats than before, but they resemble lounge chairs, so you can dine and drink like a movie mogul.
8000 W. Sunset Blvd., West Hollywood, 323-654-2217.

THE INGENUE
iPic Theaters is the ritziest of the bunch and boasts two L.A. locations—a Pasadena branch that debuted in 2009 and a Westwood site that launched in May. In Pasadena the rustic-chic lobby, lined with wooden branches, leads to small theaters outfitted with wide leather seats. In Westwood the recliners, which cost an extra $10, come with a tablet that lets you order from a menu overseen by chef Sherry Yard. Try the vegetarian bao or the “naan-chos,” nachos made with naan and smoked Gouda. All that opulence isn’t cheap; a night for two, with food and drinks, could run you $120 to $150. 42 Miller Alley, Pasadena, 626-639-2260; 10840 Wilshire Blvd., Westwood, 310-307-7003.

Updated! Here’s When Your Favorite L.A. Movie Theaters Are Coming Back