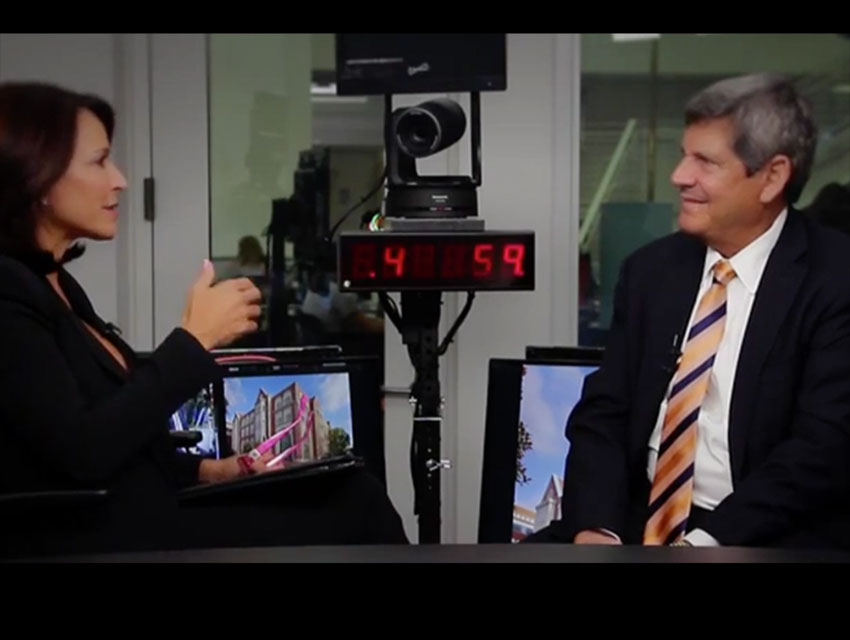 FM radio isn’t the past—it’s the future. That’s the opinion of Jeff Smulyan, the chairman, president, and CEO of Emmis Communications, and the big shot featured in our latest episode of Big Shots with Giselle Fernandez. Around our offices, however, Smulyan is simply known as head honcho—Emmis Communications owns Los Angeles magazine in addition to five other city and regional magazines, two dozen radio stations, and other media properties. In his chat with Fernandez, Smulyan talks about the challenges facing FM stations and print publishers, and explains the groundbreaking idea behind NextRadio, the company’s interactive app that turns smartphones into free FM radios and has the power to save lives.

Here are some highlights from the conversation:

On why the NextRadio app is of national importance:
“Everyone in Washington looks at this and says it is impossible not to do this, because you cannot leave the American public without information at the most dangerous time…Every time there is a major emergency in this country the power grid goes down. Guess what: When the power grid goes down… your cell phone becomes a very, very expensive brick.”

On how perception is the biggest challenge faced by traditional radio companies:
“The market capitalization of Pandora is larger than the entire American radio industry combined, and yet Pandora has never made money. I’ll make more money today than Pandora has made in their history.”

On why he’s stuck by print:
“These are businesses that have their heart in the communities they serve. Being able to tackle issues of substance is critical, not only to the lives of our communities but to the democracy.”