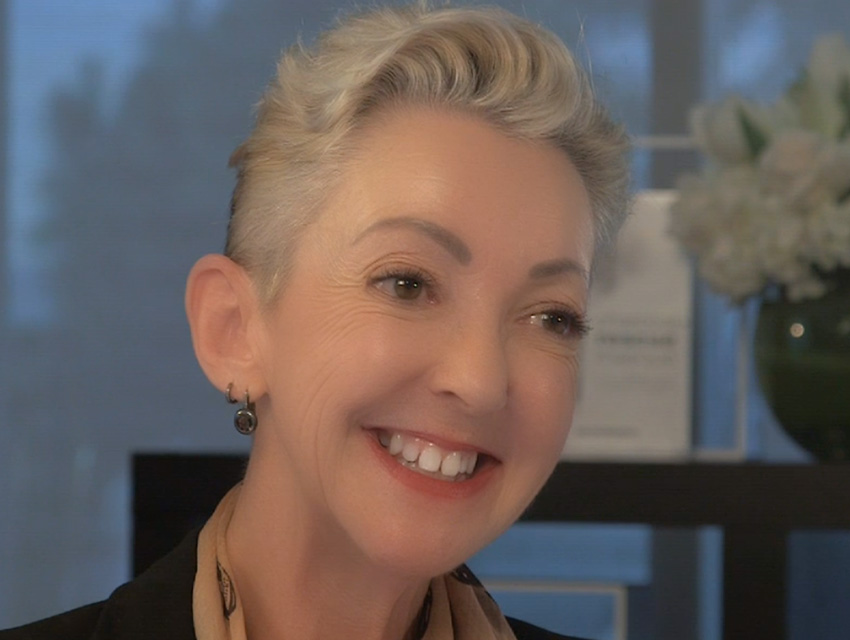 Jane Wurwand has a powerful message for young women: The founder of the skin-care company Dermalogica says success today is not about an MBA or a PhD, but rather about being “wildly creative and disruptive.” It’s these qualities that lead to financial independence, she tells Giselle Fernandez in this exclusive Big Shots interview, and this is the most critical goal of all.

“If you’re having to ask permission to spend money, you are not in control of your power,” she says. “And it’s not because money’s important. It’s because options and choices and opportunities are important.”

In 1983, Wurwand moved from London to Los Angeles and three years later launched Dermalogica, a line of products that she says is not about “beauty and pampering, but skin health and wellness.” Now those products are available in more than 100 countries and Dermalogica sees annual profits of $250 million.

Wurwand wants to see like-minded women achieve similar success, and to that end created the organization Fite (Financial Independence Through Entrepreneurship) to give what she calls “hand-ups, not handouts” to more than 70,000 women via microloans that could help them found empires of their own.

In her on-camera interview, she talks about how her single mother inspired her, why she doesn’t like the word philanthropy, the importance of diversity, and which industry she recommends for young women of any background who are looking to make six figures a year.

This video is sponsored by AltaMed Health services. To check out the longer version of this interview, click here.

The Big Business of Great Ideas