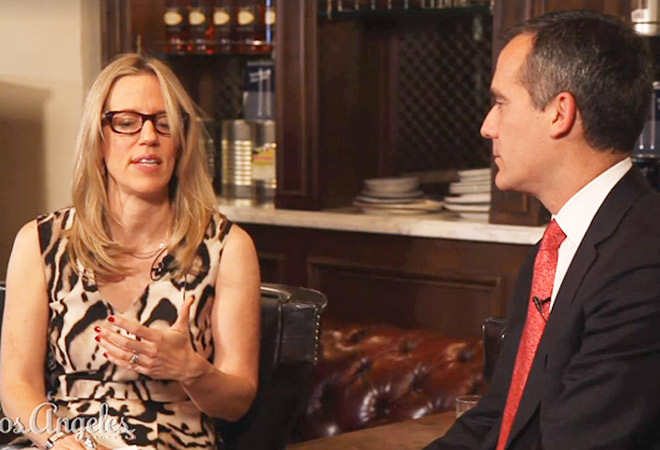 In the fourth part of Big Shots: Eric Garcetti, the mayor talks about the importance and necessity of civic stewardship as well as what he’s doing to combat poverty among younger Angelenos.

On engaging L.A.’s civic elite:
“…Somebody powerful said—I think it was Casey Wasserman—’We have tremendous wealth in this town, we have amazing success. People are just waiting to be asked. They want to give but nobody from City Hall has asked.’ So far I’ve asked [and] nobody said no…whether somebody’s giving $10,000 or somebody’s giving a million, people are really stepping up and being a part of that.”

On helping L.A.’s poorer families:
“I have to spend my time worrying about poor families at the expense of helping businesses, or vice versa. To me, I really see that’s the bridge I need to build…Here’s two statistics that should be startling for everybody: The poverty rate in Los Angeles has gone up in the five years since the recession started. But we’re creating high wage jobs faster than low wage jobs, which surprises people…How can we be creating more high wage jobs and still have a higher poverty rate? Well, it’s because kids that grow up here aren’t getting those jobs.”