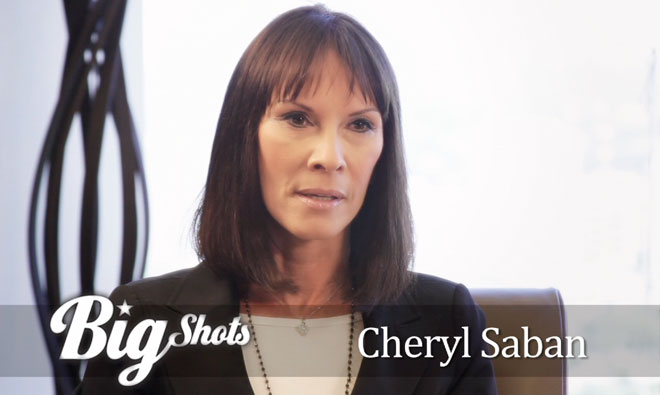 In the fifth episode of “Big Shots With Giselle Fernandez,” our short video series featuring business leaders and culture shapers from around the globe, Fernandez sits down with Dr. Cheryl Saban, the L.A.-based philanthropist, women’s rights advocate, glass artist, and wife of billionaire entertainment mogul Haim Saban. Though much of her time is dedicated to building a better Los Angeles, Saban was also appointed by President Obama to serve as a representative to the United Nations last year. What are the biggest issues we face on a global scale and in our own backyard? Saban cites the disparity of wealth and violence against women and children. She also offers some solutions that might help. Here are some highlights from the conversation: