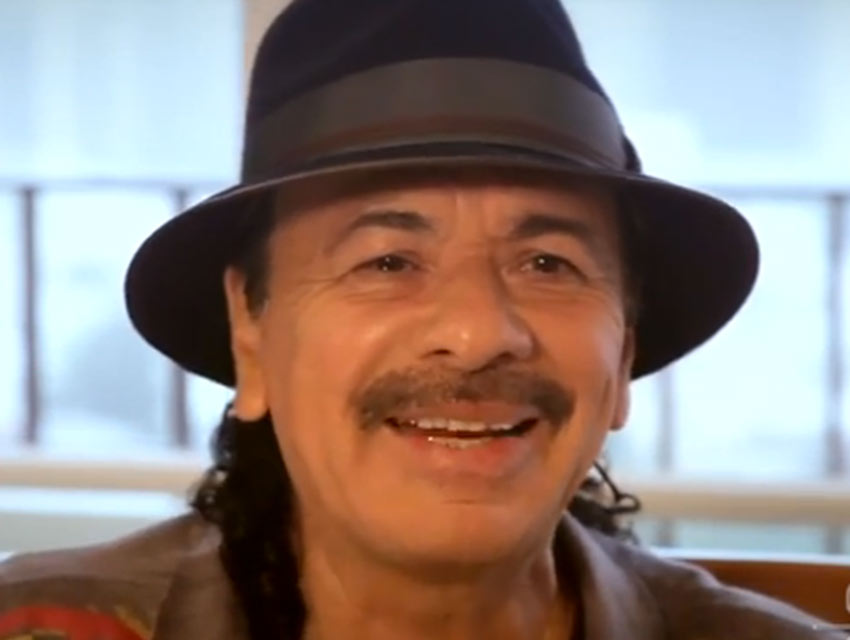 At age 67, Carlos Santana is a 10-time Grammy Award winning musician famous for pairing blues-style guitar riffs with Latin American beats and spouting a unique brand of spirituality. His path to stardom, which Santana details in his new memoir, The Universal Tone: Bringing My Story to Light, wasn’t easy. The guitarist was born in Mexico but moved to San Francisco, where he was exposed to artists like B.B. King and formed his first band, as a young adult. After an explosive, drug-fuelled performance at Woodstock, his career took off. Along the way, Santana developed political opinions (patriotism isn’t good) and thoughts about religion (he believes it’s time to “upgrade” the Bible). He’s also become an inspiration to those looking to overcome hardships, including sexual assault, of which Santana himself was an early victim. In his chat with Giselle Fernandez, Santana says he hopes that “one person at least can change their course of life from self-deception and self-destruction into a place where—I can say it now—‘[if] that skinny Mexican did it, I can do it too.’”

Part 1: Santana on “seeing the invisible,” and growing up in poor conditions in Mexico

Part 2: Santana on being politically incorrect and becoming a Latin American icon

Part 3: Santana on his Woodstock performance, abusing drugs, and his musical inspirations

Part 4: Santana on his pop music comeback and representing “everything in Safeway”