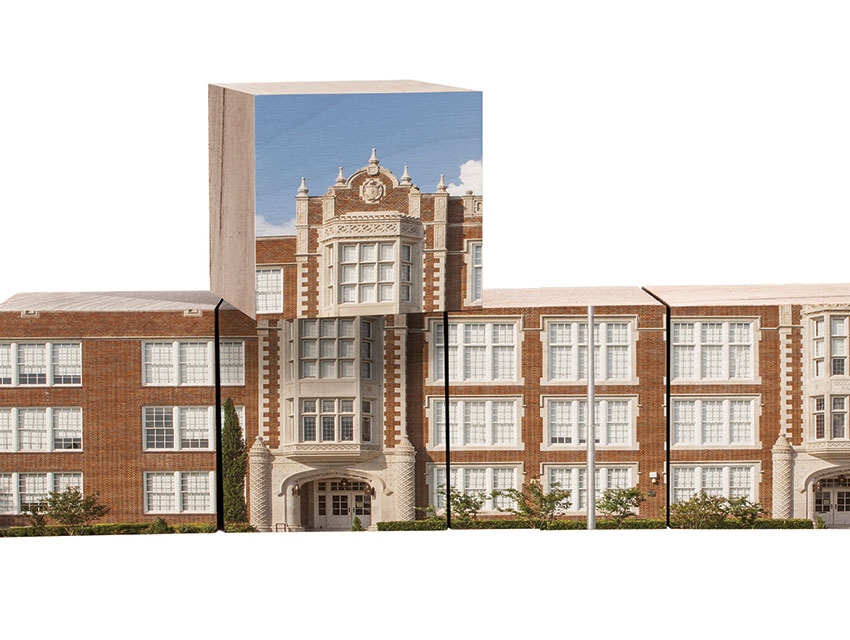 In the September issue of Los Angeles magazine, education writer Jay Mathews lays out which high schools in L.A. County are best preparing kids for college. More than ranking based on a long career of education research, “The Challenge Index” is an opportunity for parents and high schoolers-to-be to consider what they want from a high school education—and what they can expect when they attend a dynamic school. Executive editor Matthew Segal spoke with Mathews just after the story arrived at the printer.

So, Jay, you’ve been providing a national version of the Challenge Index for decades. Your rankings have a lot to do with a student body’s participation in Advanced Placement and International Baccalaureate courses with a school’s overall quality. How did you draw the link?
Most high schools in the United States let most of their students slide through without learning much. Students resist homework. Parents complain about tough-grading teachers. Principals realize they are in trouble if they strictly enforce graduation standards. Almost nobody wants to put too much pressure on kids. But if a school has many students in AP and IB, or the much smaller Advanced International Certificate of Education program, the embrace of mediocrity is threatened. AP, IB, and AICE—Advanced International Certificate of Education—are the only courses that cannot be dumbed down without being detected. The final exams are written and graded by independent experts, usually experienced teachers in those programs not affiliated with the school. If a teacher has not kept the course to a high standard, the grades will reflect that and parents can ask questions. The more students who take AP, IB, or AICE, in particular the more students who take those three- to five-hour exams, the higher the standards and the more valid preparation the students will have for college. State test results only measure minimum achievement. If you want to know if a school is high quality, you have to look at the AP, IB and AICE data.

So you see the connection borne out in terms of not just college enrollment but enrollment at choosier colleges?
Yes, because the choosier colleges are the ones that pay the most attention to how many APs or IBs each applicant has taken, and how they have done on the exams. Those top 10 percent of colleges make it clear that if you have NOT taken a good sample of such courses, at least three, you are going to have to explain to the admissions office why. The colleges know those courses are the only ones they can count on to show how prepared a student is for college.

And what do you say to all the people who ask for proof to back up the index’s central premise?
There have been massive studies in Texas and California showing that passing an AP test correlates closely with staying in college and getting good grades there. One Texas study also shows that students with average grades and scores who took an AP exam and got a 2, the equivalent of a college D, do better in college than similar students who did not take an AP exam. Also, interviewing teachers and principals on how AP and IB change the high school environment underlines the data. That is one of the reasons why those programs have grown so much.

You receive a lot of other kinds of feedback from readers, no?
When the list began in 1998 I got thousands of puzzled and in some cases outraged messages. People did not understand why these courses and tests were so important, because no reporters and few researchers had paid much attention to them before. “How can you judge a school by just one number?” they said. Now there is a great deal of research, and people are better informed about how this works, both because of the popularity of the list and their own personal experiences with AP and IB

But you still receive lots of feedback. Any common refrains?
There is one criticism still alive in the land, reflected by expressions of concern about school pressure, such as the documentary Race to Nowhere. That film, without a shred of data, suggested that our high school students are being turning into nervous wrecks by AP and other academic pressure. The truth is that according to the University of Michigan, the average high school student spends less than an hour a day on homework. There are some communities that have heavy AP pressure, but they represent our most affluent neighborhoods, no more than 10 percent of the student population, and they seem to be coping pretty well with the fact that many more high school students are being pressured to make significant learning gains, a big change for U.S. schools.

Do you find administrators particularly cooperative when you do your research?
Indeed. They know how important this is. A few years ago I still got the occasional superintendent who did not want to release data because he did not like my methodology—judging his school by this number that no one had used before. But these were all conscientious people who agreed that this was public information, and when I asked for it they gave it to me. I haven’t had that kind of resistance in several years.

What about a school like Marlborough, which has a vaunted reputation but wasn’t on the list?
Some of the private schools, like that one, still don’t want to be judged that way because if they look bad they can lose students to competitors. Also, they don’t believe in judging schools by numbers. They would prefer that everyone come and visit and see their unique qualities. Since they are not public, they are not obliged to help me.

During the edit process, you talked to me about how perception of a (public) schools’ quality can often be unfairly skewed by the number of low-income students enrolled. Can you elaborate?
I haven’t seen any data on this, but my experience over the last 30 years is if you ask a school’s neighbors about the school, they will be negative if it has a lot of low-income kids—even if it is doing a very good job teaching them—and positive if it has a lot of high-income kids. This is partly the result of the fact that test scores are affected by poverty, but I think that attitude also has other sad components, such as racism.

So while family income is often cited as being a major determinant of a student’s performance, you say, Not so simple?
That is quite right. The data show that. But we have a ton of examples now, like the KIPP schools [Knowledge Is Power Program Charter Schools in L.A.] and some of the high schools on the Los Angeles magazine list, that show if teachers give low-income kids more time and encouragement to learn, they do much better.

What got you into writing about education?
It happened right here in L.A. in 1982. I did a story about Jaime Escalante just as he was becoming known for his success at Garfield High. This was six years before they did Stand and Deliver, the movie about him. He is the person who showed me the truth of what we just spoke about in terms of encouraging kids to learn, and that changed my life.

There are lots of theories about how best to educate, but there’s not overwhelming consensus.
I think there is a consensus. It is just very hard to make it happen. Good schools are those that have high expectations for all students, carve out more time for learning, take testing and other assessments seriously, create a team spirit among teachers and students, and have energetic smart principals who know how to lead such teams. That is what happened at Garfield and many other schools I have studied since.

In areas like Pasadena, where you live, there’s been so much white flight from the public schools that the city has among the highest private secondary school enrollment in the country. Meantime, the majority of students in the LAUSD are poor, living in households that don’t speak English. It seems a tall order to convince parents in the middle class and beyond to have faith in public education here.
The desegregation of Pasadena schools was an example of the worst way to do that. The problem has lasted a long time. But like other such communities it is getting better. All of its high schools are on my national list of the top 10 percent most challenging high schools, and two of the four are on the Los Angeles magazine list, along with some of its private schools. Middle class parents are seeing an improvement there, and many other places.