Home Art Art of the City 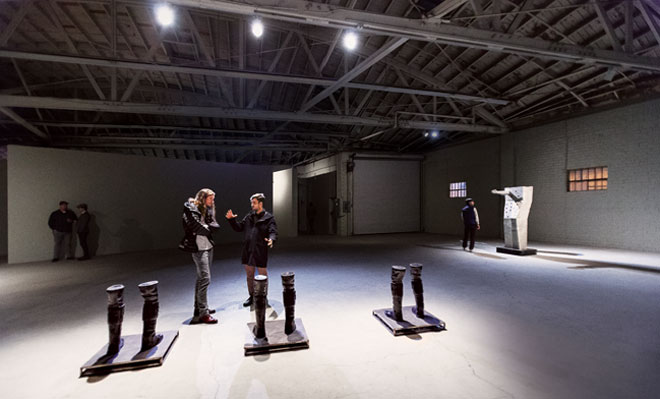 Until recently it was common to hear certain Angelenos loudly proclaiming that the city was at least a world-class center of contemporary art, if not the new capital of the art world. You don’t hear that so much anymore—maybe because if it’s true, bragging isn’t necessary. The turning point may have come in 2011 with the Getty-sponsored history lesson/therapy session Pacific Standard Time: Art in L.A., 1945-1980, a yearlong collaboration among more than 60 galleries, museums, and nonprofit spaces in the region that dissected the roots of our dizzying contemporary art scene.

L.A. in 2013 isn’t Paris in 1913 or Manhattan in 1953—it’s both, plus a dozen other flashpoints. With several important schools and scores of artist communities flourishing from Long Beach to Lancaster, it’s tempting to despair of getting a handle on which people and venues to follow once you step beyond the city’s major museums. Of course the correct answer is to follow your own instincts. Where to begin? Let this primer serve as your compass. It’ll point you to essential galleries, from blue-chip players to scrappy pop-ups. You’ll also get to know artists’ artists, overlooked geniuses, and emerging talent we expect will achieve the stature of local pantheon dwellers like Ed Ruscha, Catherine Opie, Chris Burden, John Baldessari, and Barbara Kruger. And you’ll meet individuals who are neither artists per se nor gallery directors yet whose impact is enormous.

But why stop there? One of the most precious things about art—in L.A. and everywhere else—is its physicality: You have to go out into the world and stand in front of it. Fire up the instincts and get cracking!