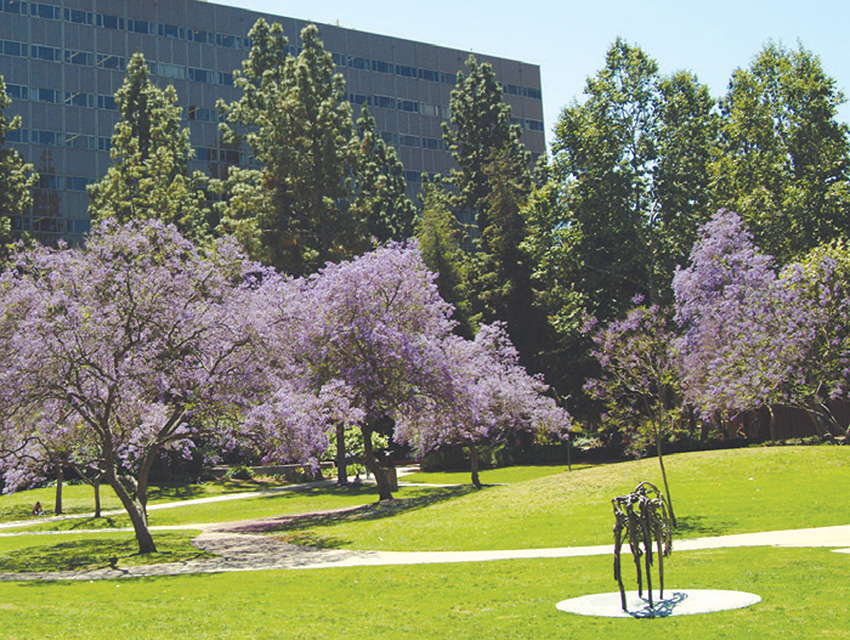 You drive by UCLA’s 419-acre campus all the time. Next time, stop. Sure, it appears crowded and frenetic, but it also contains pockets of solitude if you know where to go. Start at parking structure 3, which you enter by turning south on Hilgard Avenue from Sunset and taking another right on Wyton Drive (watch for the pay kiosk—rates vary).

Once you’ve parked, walk south along Charles E. Young Drive, skirting the east side of the campus. Past Macgowan Hall, make a right and head for the grassy five-acre expanse that is the Franklin D. Murphy Sculpture Garden. Seventy figural and abstract works are on display by artists who span the past 100 years. Pieces by early-20th-century masters like Auguste Rodin and Henri Matisse are joined by contemporary legends such as Alexander Calder and David Smith (right). The most recently completed sculpture is Deborah Butterfield’s 1996 Pensive. Which is what you’ll be after strolling here, and that’s not a bad thing.

Now head for the southeast corner of the campus, where more tranquillity awaits. Any route south will get you there; ask for directions to Dickson Court, a massive plaza where commencements are often held, and proceed to the famed Inverted Fountain, built in 1968. Reconnect with Charles E. Young Drive, which loops around the science buildings.

After the road curves west, go left on Tiverton Drive and aim for the main entrance to the Mildred E. Mathias Botanical Garden, seven acres comprising 5,000 species of tropical and subtropical plants. Open every day but Sundays and holidays, this self-professed “refugium for biodiversity” is less a park than a living museum and was intended primarily to teach the surrounding community about local flora (this isn’t the place to throw a barbecue). But if it’s contemplation you seek, look no further.