Home Dining Your Guide to the Mall in Jurassic World 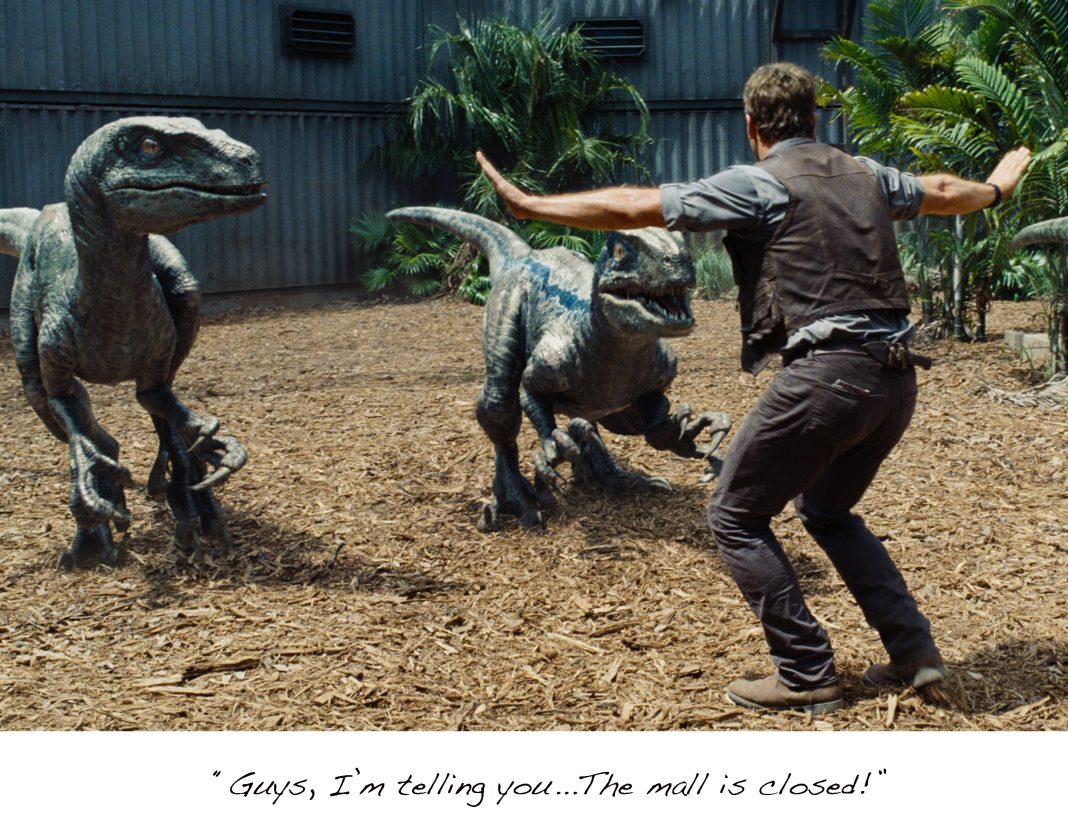 Jurassic World opens this Friday and is poised to dominate the box office as blockbuster season goes into overdrive. In the movie, officials in charge of the island amusement park filled with dinosaurs must reinvent the place every year or risk a fall in attendance. Of course, that’s before (spoiler alert) the dinosaurs break loose and start eating people.

The movie screams in 3D and IMAX and Dolby Atmos sound. Variety called it “bigger, faster, noisier” than the first films. It’s a fun ride, but I kept getting pulled out of the action by product placement. In fact, the main action sequence takes place in a shopping mall! Before visitors to the theme park enter the Samsung Hall of something or other, they travel through Isla Nublar’s boardwalk, perhaps inspired by Universal’s own Citywalk.

I can’t imagine what I would do if I flew a kid to Central America, then took a cruise ship to an island filled with shrieking dinosaurs and they chose to spend the afternoon inside a Dave & Busters, but there it is, alongside mall favorites like Oakley and Brookstone.

The official website for the movie is laid out like one for the park. There’s even an ad touting the coffee brew made with beans “hybridized from the Mesozoic era” and tequila distilled from “Cretaceous age agave.” I was impressed that Universal had enough of a sense of humor to publish this handy guide.

The Shops at Jurassic World

Caliza Spa (Only in Jurassic World)

Winston’s Steakhouse (Only in Jurassic World)