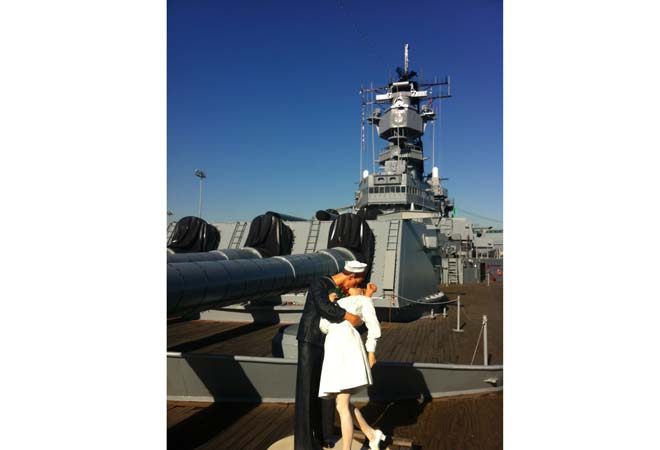 This Saturday, the Battleship USS Iowa in San Pedro celebrates the anniversary of the end of WWII with special guests, game booths and big band music. L.A.’s biggest battleship will host “Spirit of 45” day including a visit from the oldest living Tuskegee Airman, a 94-year-old “Rosie the Riveter” who still works for Boeing in Long Beach, and the chance to take a picture alongside an FDR impersonator, or at this statue, recreating Alfred Eisenstaedt’s photo at the end of the war in Times Square.