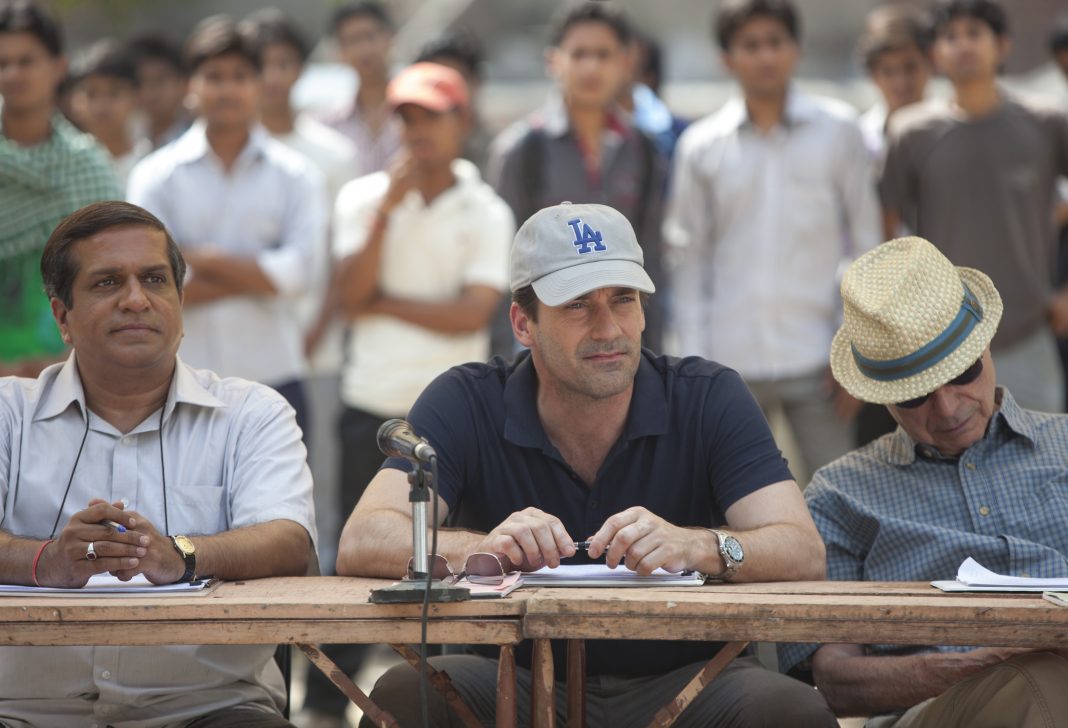 Jon Hamm’s new baseball drama Million Dollar Arm premieres in Hollywood (I’m guessing at the El Capitan) next month, and one sports fan in the audience will actually walk away with a million dollars. The movie is based on the true story of an agent who stages a TV reality show in India to scout new talent. Dinesh Patel and Rinku Singh won the contest, came to L.A. and were trained by USC pitching coach Tom House before becoming major league ballplayers.

If you think you’re the next Singh or Patel, head to Downtown Disney in Anaheim this Friday and Saturday to try your arm in a pitching contest. If you beat the radar gun set at 100mph, you move on to the next round and win a bunch of prizes. If not, you get a free ticket to see the movie. The top pick from Anaheim will attend the premiere along with Hamm, and get a contract from the real agent he plays in the movie. Look for the also-rans drowning their sorrows next door at the ESPN Zone.