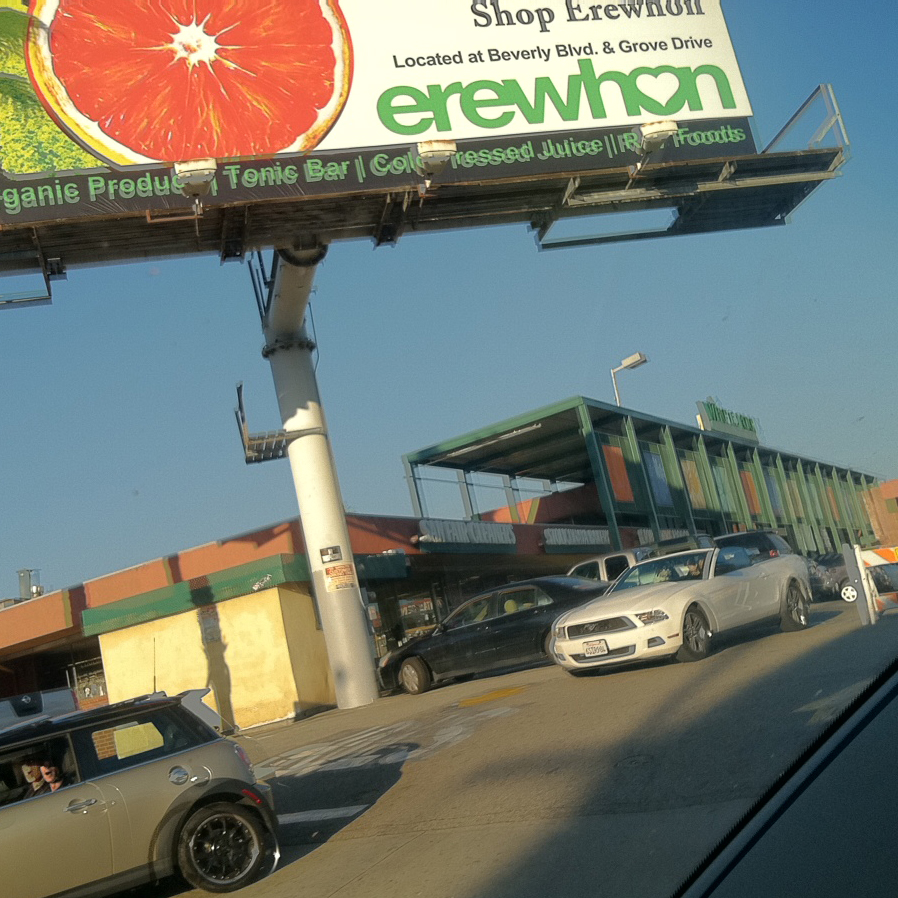 You may have seen that billboard on Cahuenga that KPCC placed atop the offices of KPFK, and then you may have seen what KPFK supporters did to it a few weeks later. I hope bulk bin food fanatics with competing loyalties don’t attack now that Erewhon has a billboard looming over their rival gourmet supermarket, the Whole Foods at Santa Monica and Fairfax. I asked a friend in the billboard industry if there wasn’t some sort of gentleman’s agreement that keeps competitors from attacking each other on their home turf. His simple response: “Maybe they will start a war.” I can already imagine the local, organic, sustainable, pesticide-free, $10/lb. free-trade fruit flying.