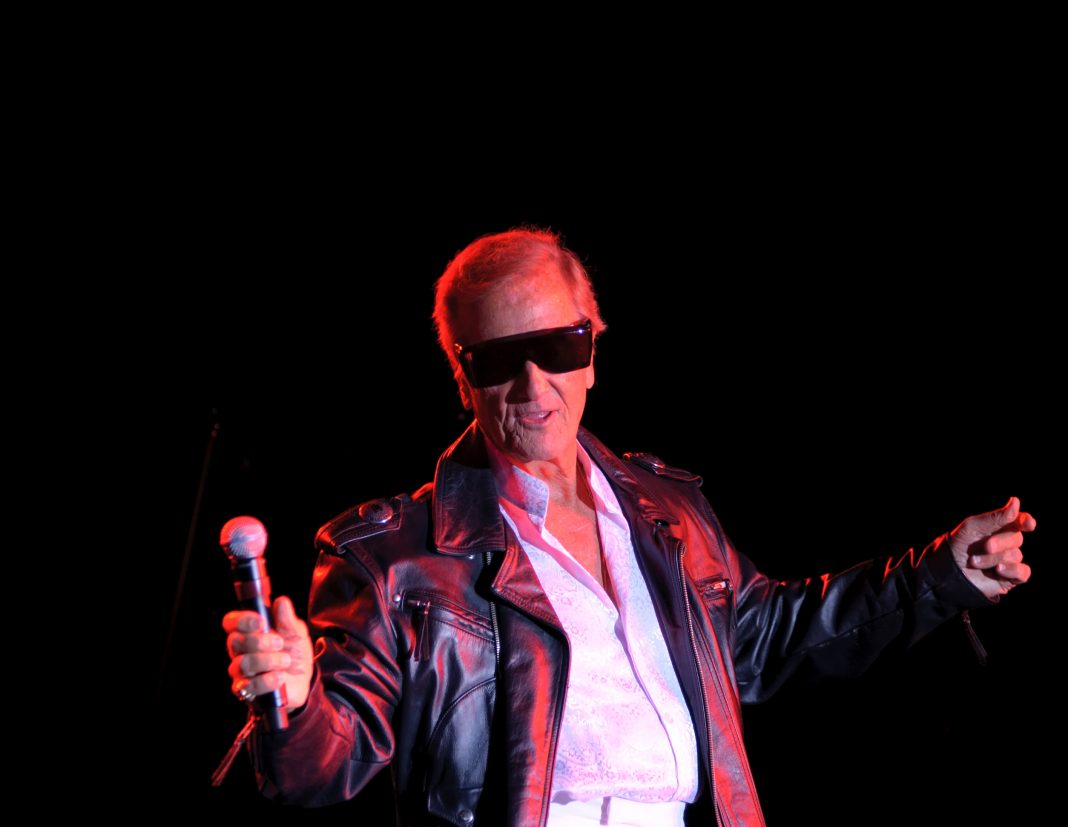 Pat Boone has sold 45 million albums, believes President Obama was born in Kenya, and wants to build an air-powered car. Long before he was a tea party favorite, Boone was an icon of American pop music and a movie star. In 1955, Elvis Presley opened for him. I think his easy crooning goes down like warm mashed potatoes.

Boone is visiting Los Angeles this week and celebrating his 60th anniversary in the music business. His first appearance is tomorrow, June 2, at the Grammy museum, which is absolutely my favorite place to hear live music in this city. The small venue there makes me feel like I’m hearing a concert in someone’s living room. Boone will perform and be interviewed by museum director Bob Santelli.

The following Sunday, Boone headlines a “family music festival” at the Arboretum in Arcadia. The outdoor concert also features 60s pop stars Freddy “Boom Boom” Cannon and The Crystals. I don’t think I’ve ever heard of a singer giving a 70th anniversary concert, so if you like this sort of thing, race out and see him. Maybe Little Richard will show up and fight him over his ridiculous imitation of Tutti Frutti.