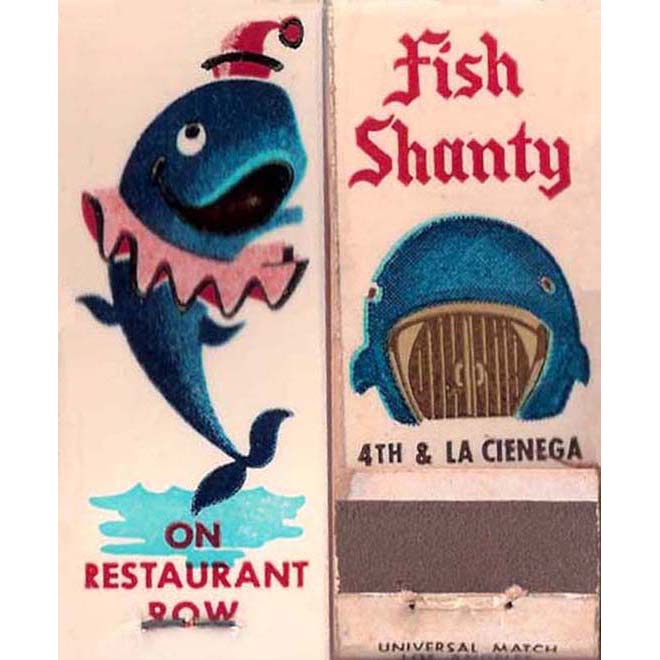 A peek into my crazy huge collection of L.A. matchbooks: Fish Shanty

I have the loosest hazy memory of walking through a whale’s mouth when I was a little kid. I never liked seafood and we didn’t live near Beverly Hills, but it must have been the Fish Shanty. The wild nautical-themed restaurant burned down in 1989, it had been vacant for a while, but was a landmark of La Cienega’s Restaurant Row in the decades before the Beverly Center. Blogger Alison Martino found the most beautiful image of the modern mosaic whale at the entrance, which evokes the California Crazy programmatic architecture era, but I don’t remember anything else about this place. Rick “The Grove” Caruso recently dubbed it “the city’s most sought-after address” when he built some fancy apartments at the site of the former fish shack. None of the units have cartoonish sea mammals in front.