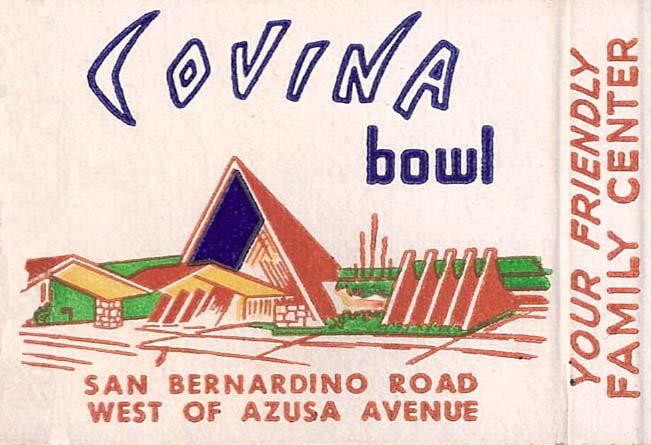 A peek into my crazy huge collection of L.A. matchbooks: Covina Bowl

Bowling became a fever in ‘50s America and Los Angeles was not immune. After the introduction of the automatic pinsetter in 1952, bowling operators were excited enough to create glamorous new venues which were soon packed day and night. One of the most elaborate bowling centers ever created was the fabulous Covina Bowl, a 24 hour-a-day city of entertainment which included a nightclub, cocktail lounge, coffee shop, barber shop, beauty salon, banquet halls and even a supervised playroom among it’s attractions. Fifty eight years later, Covina Bowl has trimmed down the operating hours and eliminated some of the amenities, but the clatter of pins still roars out of the magnificent Egyptian modern architectural wonder seven days a week. Go there tonight and bowl a game!