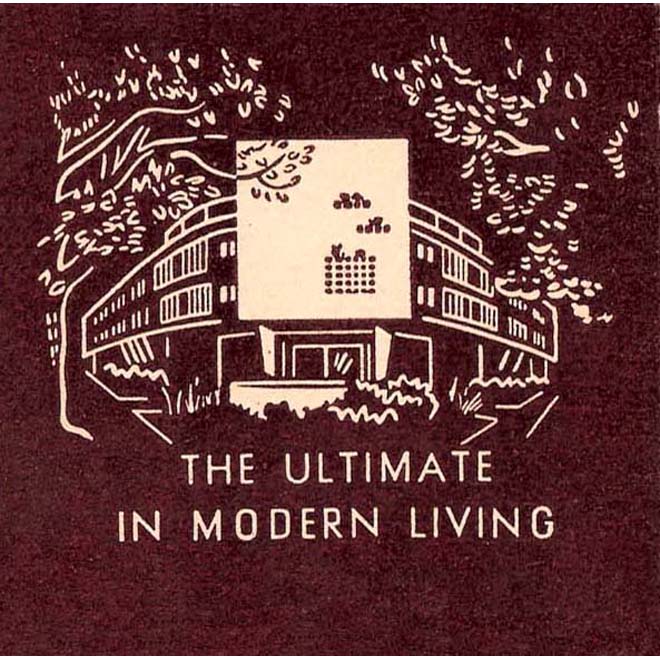 Today’s little window to the past arrives courtesy of the Beverly Carlton Hotel on Olympic Blvd. This little midcentury gem in Beverly Hills was built in 1948 and remade fifty years later as The Avalon. Designer Kelly Wearstler installed classic modern designs from George Nelson and Charles and Ray Eames alongside new furniture made from rope, raffia, and stainless steel. The hotel has continued to evolve, and what was once the “ultimate in modern living,” and home to folks like Marilyn Monroe and Mae West, is  as spiffy as it was when Harry Truman was president.