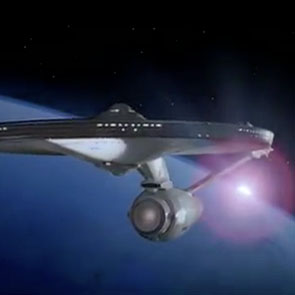 A decade after the original Star Trek was unceremoniously cancelled by NBC, Gene Roddenberry got the old gang back together for a big budget feature film. He pulled together a crew that included the director of West Side Story and The Sound of Music, the writer of I, Robot, a makeup artist from The Wizard of Oz, the futurist behind the look of Blade Runner and even got Orson Welles to narrate the trailer. The special effects, not to mention Shatner’s hair, were groundbreaking achievements and had a big affect on the art. The movie, and its memorable score by Jerry Goldsmith, will be celebrated with a screening at Arclight Hollywood on Monday. A panel of Goldsmith’s friends and collaborators will be there, as well as the “Blaster Beam” instrument that provided the voice of the movie’s V’Ger. A 3-CD set of the newly remastered score will be available to purchase at the event, I’m curious how the Blaster Beam will sign it.