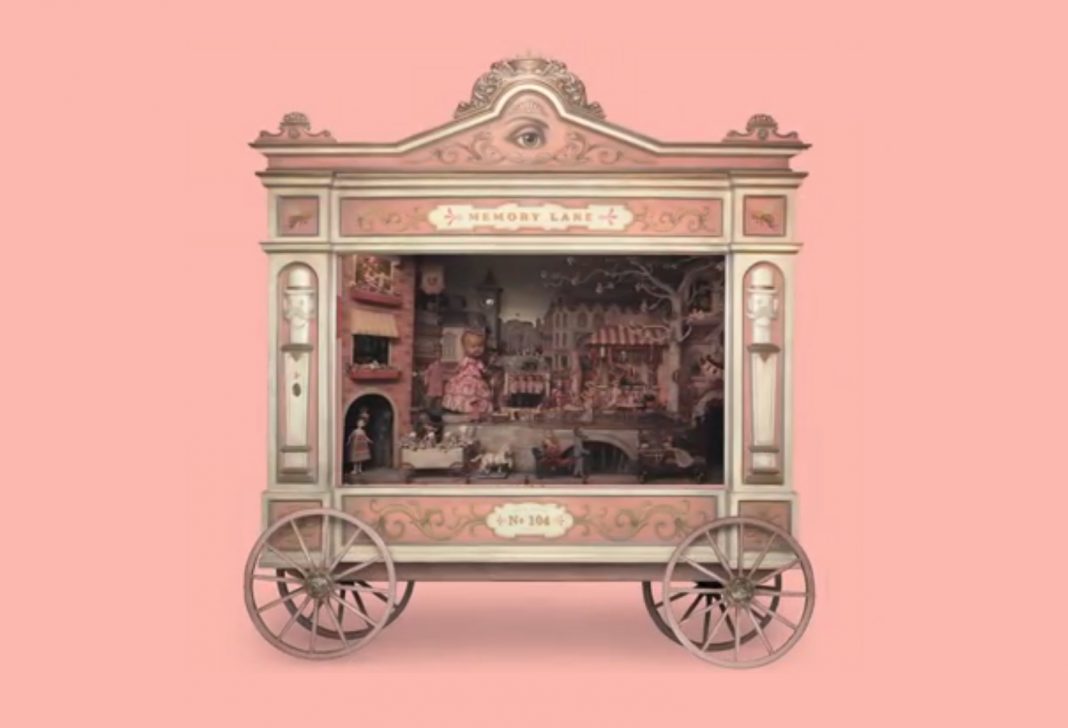 I can’t stop watching this preview for artist Mark Ryden’s new exhibition, The Gay Nineties West, opening tomorrow night at the Kohn Gallery in Hollywood. His creaky creepy calliope diorama, Memory Lane, is mesmerizing and filled with artifacts from the entire 20th century celebrating the end of the 19th.  Insert a penny and the contraption lights up and plays the 1892 hit Daisy Bell (Bicycle Built for Two) as wagons filled with all manner of surreal creatures parades by. The gallery is selling a new recording of the song, performed by a chorus including Katy Perry, Danny Elfman, and Mark Mothersbaugh, to benefit Little Kids Rock. Like the artwork, the song is familiar and far-off, simple and baroque, comforting and queasy. I love it, and it’s already sold.