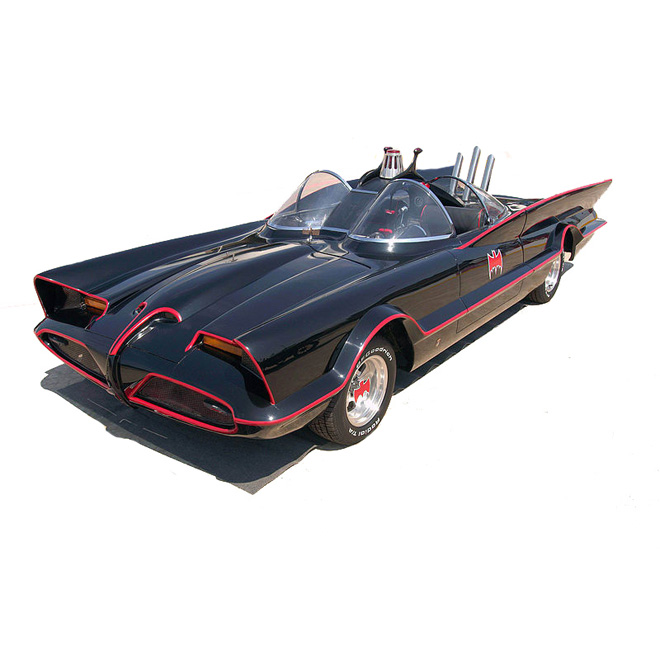 The Barrett-Jackson auction in Scottsdale, Arizona is the ultimate showcase for collector cars. Hundreds of the rarest vehicles from around the world converge in Arizona and always fetch record prices. Kustom Kar King George Barris will be there on Saturday, parting with his most famous creation, the original 1966 Batmobile. There have been numerous Batman movies and many versions of the comic book car, but this is the 1955 Lincoln Futura concept car Barris bought from Ford and turned into the most famous fantasy car ever made.

I love this video clip featuring breathless Adam West explaining the far-out features and styling. I howled at his perfect annunciation of “Nostril-like-hood-scoops,” but I’m kinda sad this icon is leaving its longtime San Fernando Valley home for points unknown.  The Petersen Automotive Museum tells me they’re not able to put in a bid. Can’t some bat happy Angeleno buy this and donate it to the Petersen? Keep the Batmobile in Hollywood!