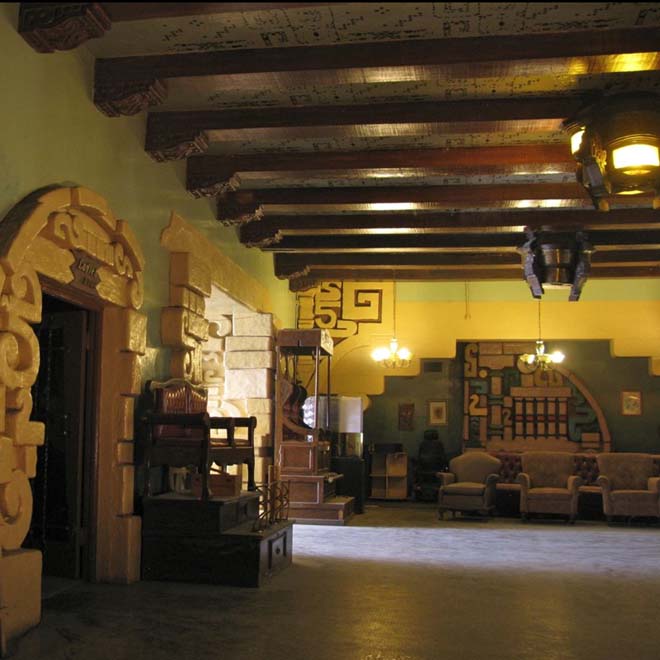 Cinematographer and urban archeologist Sven Kirsten, known for his extensive research into American tiki culture, recently visited the pre-Columbian world of the Aztec Hotel to create his short Realm Of The Mayan Revival. The Monrovia landmark was built in 1925 and designed by architect/explorer/Atlantis historian Robert Stacy-Judd. The 44-room hotel has been closed for almost a year as a China-based development group plans a renovation, including a Mexican restaurant with live entertainment, which was approved by the city in December. The soundtrack is by Elisabeth Waldo, sister of Judy Jetson voice actress Janet Waldo, who says her music rescues “sound from the silence of the tombs.” The perfect sounds for the shuttered Aztec.

Photo and vide by Sven Kirsten