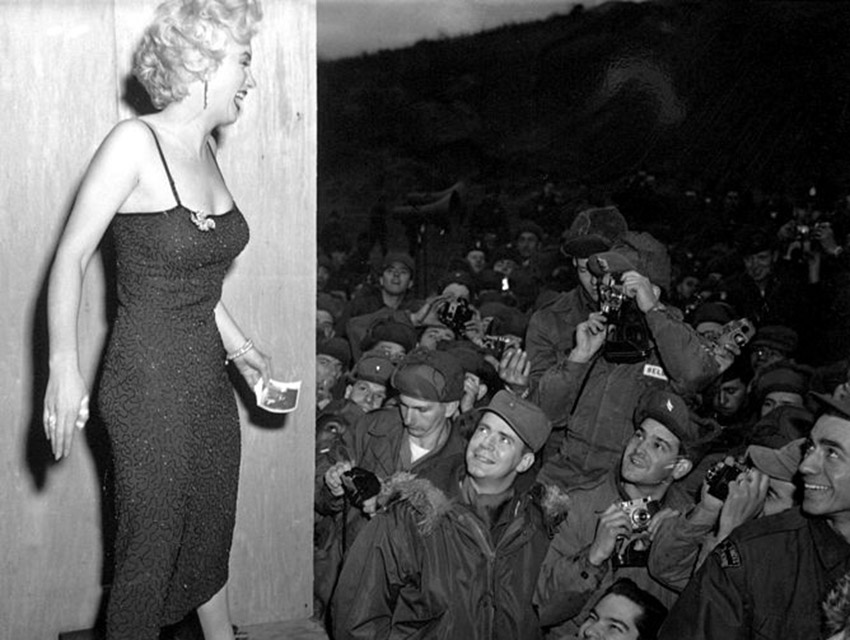 Marilyn Monroe has been gone for more than 50 years, but her star continues to shine. Last year her estate earned more than $14 million dollars from merchandise like throw pillows, lunchboxes, and shot glasses. She continues to be among the highest earning dead celebrities, halfway between John Lennon and Elvis Presley. As she recedes further from living memory, a group of friends and fans will share stories on the anniversary of her death Wednesday morning at Westwood Memorial Park. Greg Schreiner’s Marilyn Remembered Fan Club has gathered speakers including Marilyn’s actor friends George Chakiris and Kathleen Hughes, actress Susan Bernard, who also operates a spectacular archive of glamour portraits (including Marilyn) by her father, Bernard of Hollywood, Daniel Selznick, son of David O. Selznick and grandson of Louis B. Mayer, and James Spada, author of Marilyn Monroe: Her Life in Pictures. Meet the stars, hear their stories, and join them for a lunch reception following the service. If you can’t make it to Westwood, the club is broadcasting the service live on Wednesday morning starting at 11am.

CityDig: The Glendale Graveyard That’s Anything but Spooky