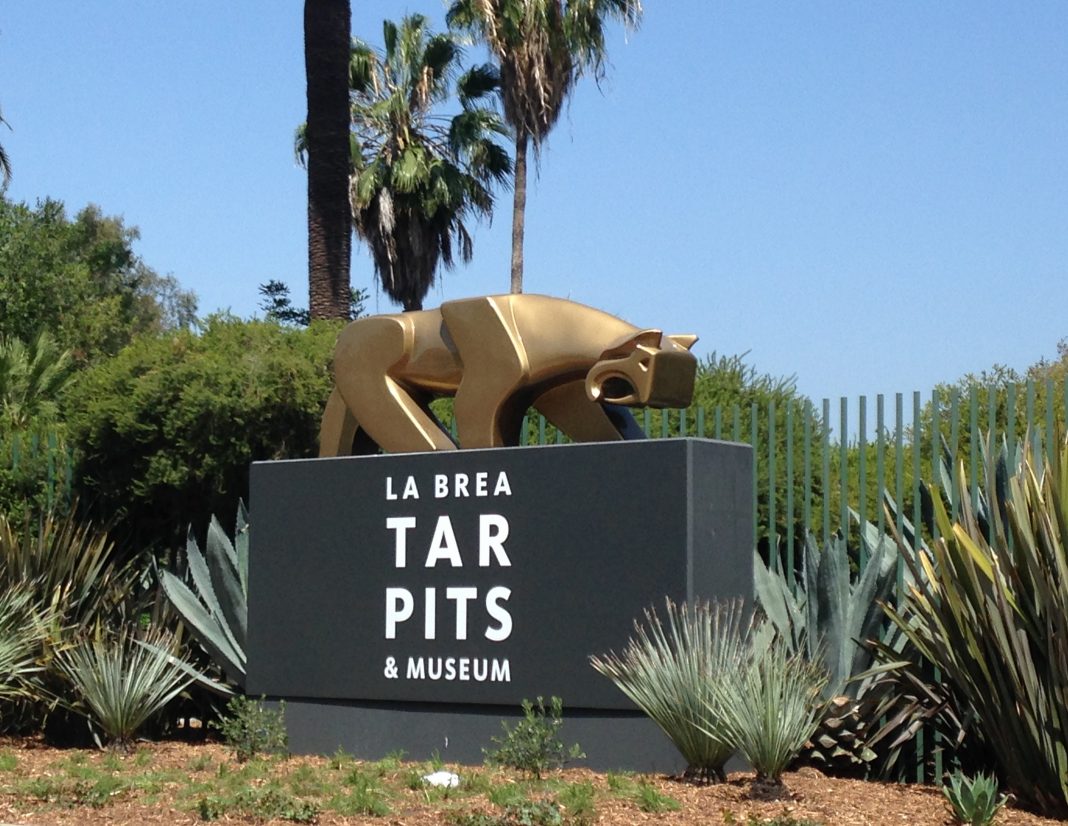 The La Brea Tar Pits are finally called “La Brea Tar Pits.” A new face with the new name has been applied to the 38-year-old concrete sign on the Miracle Mile. “The name of the museum building itself is still, technically and legally, the George C. Page Museum,” says Kristin Friedrich of the Natural History Museum, which built the complex in 1977. “But we’re rebranding the whole place—park and museum—as La Brea Tar Pits and Museum.”

George C. Page, the real estate and fruitcake tycoon who funded the project, said at the time that his $4 million donation was “like giving flowers that I can smell while I’m still here.” The museum’s sunken Brutalist building houses one of the largest collections of ice age plants and skeletons in the world, with more than two million specimens extracted since 1914.