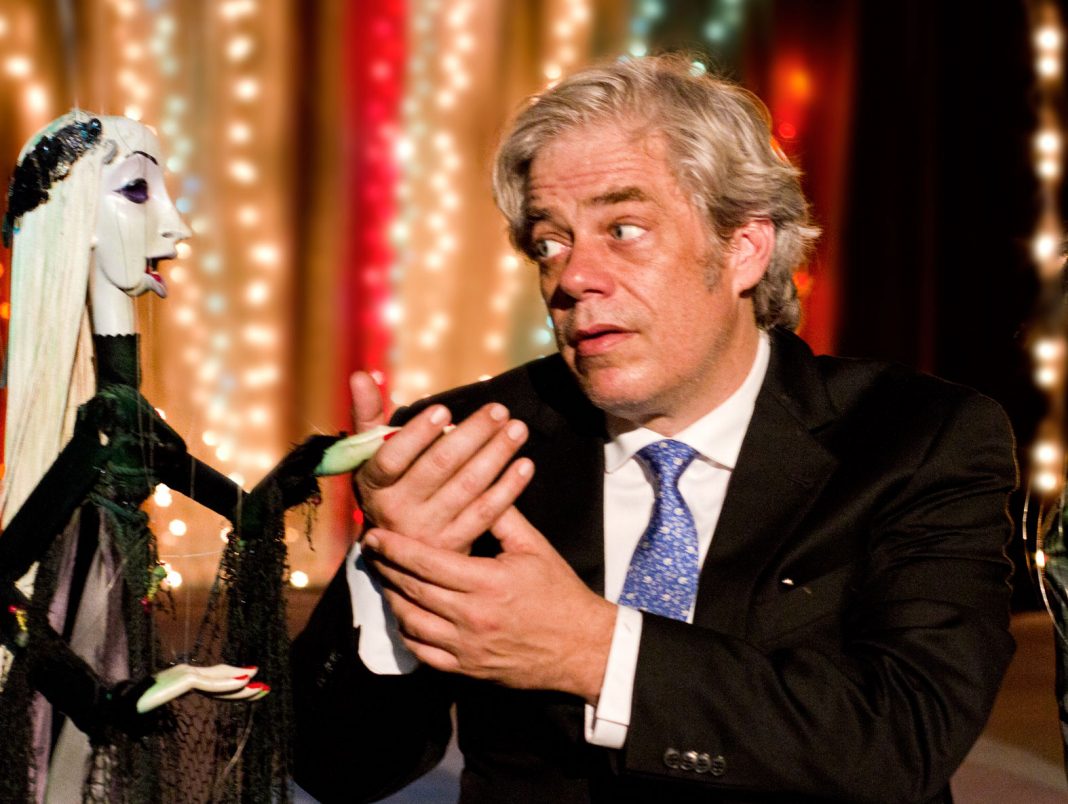 The Bob Baker Marionette Theater is celebrating Halloween this year by adding their first human actor to the troupe for a special nighttime performance. For two nights only John Ennis joins the cast of Halloween Spooktacular live on stage. Ennis, known for his roles on Mr. Show and Malcolm in the Middle, will interact with more than 100 vintage marionette performers including Vampira, “Eartha Kitty,” and a troupe of shimmying burlesque skeletons. The family-friendly show unfolds like an old-time radio hour and ends with a Halloween costume contest and a visit to the candy-colored ice cream party room. Finally! A show the Disney Junior, Museum of Jurassic Technology, and Festival Supreme crowds can agree on.

The landmark venue (it’s literally city of Los Angeles Historic-Cultural Monument #958) continues to present live entertainment in the spirit of beloved puppeteer Bob Baker, who passed away last year at the age of 90.

Ennis taught acting at the Lee Strasberg Institute and recently opened The Yard, a theater and acting workshop for children and adults. Next month he reunites with the Mr. Show cast in the new Netflix series With Bob and David.